It’s been one year since the Queen of R&B secretly debuted her self-titled visual album fully loaded with 14 new tracks and 17 music videos igniting fans all over the world. The visual album marked the release of the creative genius’s 5th album and featured collaborations with some of the industry’s premium hit maker’s including husband and rap icon Jay Z, Pharrell Williams, Drake, Frank Ocean and Justin Timberlake.

Unlike the majority of artists who spend several months promoting new albums and projects, Queen B opted out of any promotional events. The album was sold exclusively on iTunes and sold more than 80,000 copies just three hours after being released. Today the Queen blessed her fans with a short film honoring the one year anniversary of the visual album where she expresses some intimate details of her life, her love for music, Jay Z and Blu Ivy, and the pressures of being famous. Check out Yonce’s anniversary video below. 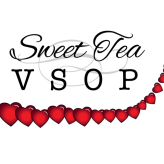