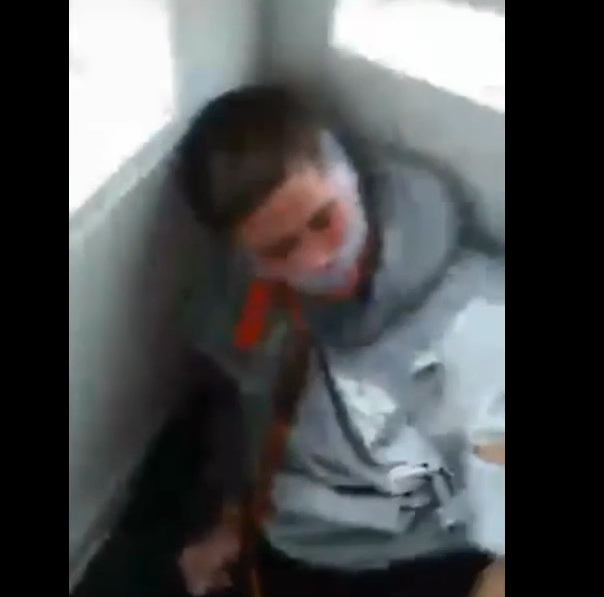 Four people are now in custody for an alleged kidnapping that was broadcast on Facebook Live. The brazen act took place on Tuesday, Jan. 3 in the 3400 block of West Lexington on the West Side of Chicago. The victim of the assault was tied up, beaten, his clothes were cut, and his hair was cut until his scalp started to bleed. The perpetrators also used his head as an ashtray. Brittany Hearing is one of the individuals who has been arrested and she is seen holding the phone and communicating with those who are watching the stream. Her Facebook page has been shared on YouTube.

The kidnapping has been hash tagged on Twitter as #BLMKidnapping. The suspects are heard in the background of the video screaming f—Trump and f— White people. However; it has not been stated that they have any affiliation with the Black Lives Matter movement.

Chicago Police Supt. Eddie Johnson stated during a press conference that he thinks those comments are stupidity and people ranting about something that they think might make a headline.

At some point, the victim was released and was found by the police wandering the street. The police then responded to a battery call at a residence close to where the victim was found. Once the police saw the video, it was determined that the man in the video and the man they found was the same person.

“It’s sickening. It makes you wonder what would make individuals treat somebody like that. I’ve been a cop or 28 years, and I’ve seen things that you shouldn’t see in a lifetime and it still amazes me how you still see things that you just shouldn’t,” Supt. Johnson said.

Commander Kevin Duffin mentioned during the press conference that the victim was an acquaintance of one of the subjects.

The victim is reportedly from a Chicago suburb and was recently reported missing by his parents. Duffin also stated a van was stolen from that suburb.

“If you commit an act of violence in the city of Chicago you will experience the full weight of the Chicago Police Department. Tonight four individuals have felt the consequences of their actions,” said Supt. Johnson