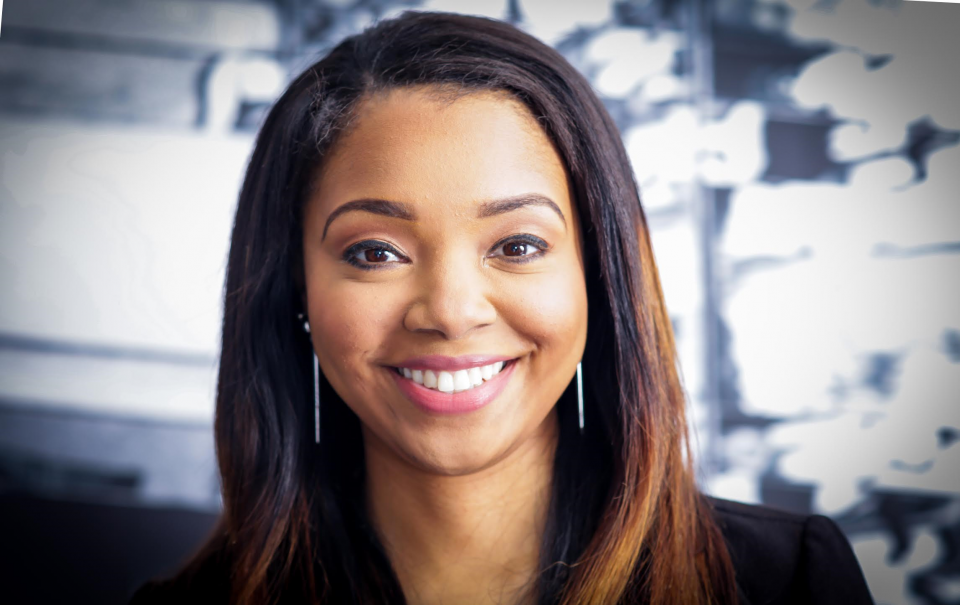 Psychology major and serial tech entrepreneur Sheena Allen has created a unique niche in technology. The Mississippi native is the founder and CEO of mobile application company, Sheena Allen Apps, and financial technology company, CapWay. With more than six apps, three million downloads, Allen is beating the odds with no previous coding experience but all the drive needed for success. On top of building her empire, Allen doesn’t forget to give back.

Here, she shares her background and advice to others who are forgoing the path of least resistance

Being a non-technical founder, what are some obstacles you had to face in breaking into this industry?

I often say my journey into the tech industry was a gift and a curse because I really didn’t know anything. Being from Mississippi, I didn’t grow up knowing much about tech, and I definitely didn’t realize how much the odds were against me as a Black female. Don’t get me wrong, the odds are usually against you as a Black female in a lot of different industries, but tech is one of those extreme cases. But as I said, not knowing how difficult it was to break into the tech industry as a non-technical, Black female founder was my gift because I didn’t overthink it. I never once thought to myself that I shouldn’t or couldn’t do it. My curse to that was that it blindsided me with a major punch when I really got into the industry. I was attending conferences with only two or three other Blacks in attendance. I was being told that I wouldn’t succeed as the founder of a successful tech company because I didn’t have a technical background. However, people say a lot of things and most of the time, I choose not to listen. I would be lying if I said I hadn’t lost a few small battles, but winning the war is looking pretty promising for me.

You’ve been featured in various major outlets such as Essence, Black Enterprise, and Huffington Post. It’s safe to say what you’re doing is inspiring others. What are three lessons you’ve learned thus far in starting up your company?

Number one, I learned to not compare my journey to someone else’s journey. After all, if I’m focusing on how someone else is building, I’m losing time and focus on building my own. I had to learn to trust God’s timing. Second, I had to learn to put my pride to the side. I bootstrapped and ran Sheena Allen Apps by myself for two years before I ever asked anyone for help. That was a big mistake. The minute I started to ask for help, get great mentors, and surround myself with people that are strong in areas I am weak, I grew and my company grew. The third thing would be to trust the journey. I say that all the time when people ask me about starting a company. It is not easy. There have been a lot of times I thought about just throwing in the towel and getting a 9-to-5, but about a minute later, I usually get myself together and continue on the journey.

What’s one big no-no in pursuing the tech industry?

The biggest no is jumping into this industry only because you feel you can make a lot of money. People get so caught up in reading headlines and being fooled. Do you have the opportunity to make good money, yes, but you also have the opportunity to change lives. If you’re not pursuing tech because you’re passionate about it and so that you can be innovative and truly make a change and/or be disruptive, choose another profession.

For those who want to pursue tech, especially women of color, what are three tips you could give them when pitching an idea?

Number one, know the facts and stats behind your idea. People will challenge you after you pitch. How you answer will tell how much you really know about the idea you are trying to bring it life. Two, always pitch with confidence. Pitch as if you know what you have it the next game changer. The third thing would be to not be afraid to pitch to anyone at anytime. I’ve had people want to pitch to me, but ask me to sign a confidentiality agreement first. (I politely decline.) You never know who you’re pitching to or who they know. Pitch. If you’re pitching to an investor, they probably hear 100 pitches a week. Trust me, they have no interest in stealing your idea. … Everyone has ideas, but no one can execute your idea like you, so don’t be afraid to talk about it and pitch it.

You’re young and already a successful CEO, but what are three things every female boss needs to know that most don’t openly admit?

The first thing is that your level of sacrifice is not the same as successful male CEO. While this does not in any way apply to every successful female CEO, many that I know, including myself, have put having a family on hold to focus on business. It doesn’t mean that most of us don’t or didn’t want a husband and kids by 25, it just means we temporarily chose our career first. Many of us will be married with kids, but it will be more like 35 versus 25. The second thing is that you will deal with a lot of people trying to tell you how you should carry yourself as a female CEO. For example, some will say that you’re a lady and you shouldn’t be so aggressive. Others will say you’re not aggressive enough. My advice is to be you and don’t change to fit into someone else’s box. F— that box. The third thing is that there will be times when you are doubted or ridiculed simply for being a woman in such a powerful role. While many will say that it’s 2017 and that’s not the case, you must remember that research proves that women still earn an estimated 20 percent less than their male counterparts, even when in the same role.

Most successful entrepreneurs never have just one business, I’ve read that you also have a tech consulting and Development Company called HouseBoxx, how do you balance all your endeavors?

I started HouseBoxx because people would often want my help in developing their app or diving deeper into their idea. While I started HouseBoxx, I am not involved in the day-to-day operations of it. Instead, the team includes developers from small towns or college students looking to get experience. It allowed me to put everyone in a win-win situation. HouseBoxx allows people to get a viable product (app or website) for a cheap price and allows college students and others in small towns, usually not known for tech, the opportunity to get more experience.

My mentors preach focus to me all the time and I do a good job at being super focused and getting the job done, but I also don’t put all of my eggs in one basket. There’s a balance to it all.

Other than your own, what’s your favorite app on your phone right now?

You have an awesome how-to book out titled Starting Guide to Your First App, tell us about it.

I do, I do. I created that eBook because my inbox would be flooded with people asking for advice on creating an app or people always wanting to grab coffee to pick my brain and get feedback on their app idea. While I wish I had time to hear everyone’s ideas and help one-on-one, I just don’t have that time. However, I still wanted to be able to help. That led me to write the eBook, Starting Guide to Your First App. The feedback so far has been absolutely amazing and I hope that it continues to help those who have an app idea but are not sure of how or where to get started.

At what age or moment did you realize that your journey can help make it easier for the others?

As far as my creations, the first app I created was a checkbook app that I created because I couldn’t find an app that could help me easily keep up with my receipts while in college. So from the very beginning, it has always been about creating things to make life easier for others.

In regard to my personal journey, I probably realized my influence in early 2015. Truth is, there are so many people in some country town in the South or some kid on the South Side of Chicago with the next big idea, just, not the same opportunity or inspiration to believe it can be done. One of my purposes for this journey is to make it easier and possible for them.

You received a degree in psychology and film, do those studies help you in your career now?

Crazy enough, it does. I use the skills I learned while studying film to do a lot of our demo videos or short documentaries, especially for CapWay. We just finished filming in Clarksdale, Mississippi, where we interviewed people who are unbanked and underbanked. We didn’t have to hire a videographer because I can film and edit everything myself.

Psychology plays a role in all of this. You have to know and understand your users.

What is your definition of Black girl magic?

My definition of Black girl magic is any black female that displays her dopeness and aspires to inspire.

What’s the best advice you’ve ever received that helped you get to where you are today?


Posted in Science and Technology and tagged black females in technology, exclusive, iphone