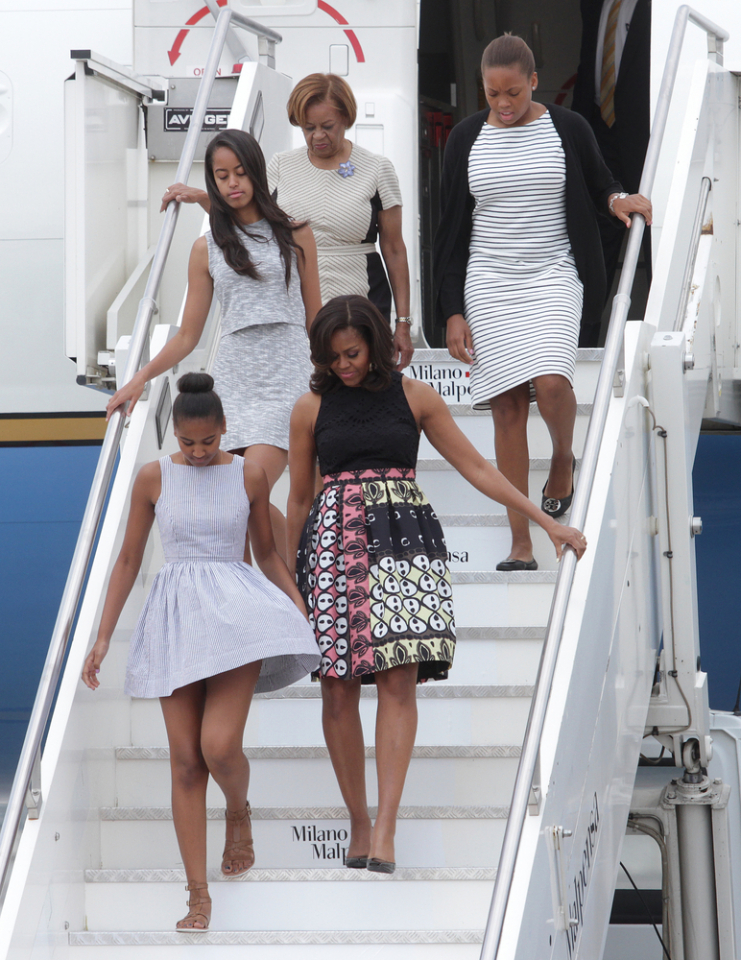 The Bush twins, Jenna Bush Hager and Barbara Bush, recall first meeting Sasha Obama, then 7, and 10-year-old Malia Obama to give them a tour of the White House.

“It’s amazing how eight years go by and they become these really amazing women,” says Hager on Friday morning, Jan. 13, 2017 after she and sister Barbara read aloud the heartfelt letter they penned for Malia and Sasha Obama as the girls prepare to exit the White House after eight years at 1600 Pennsylvania Avenue. 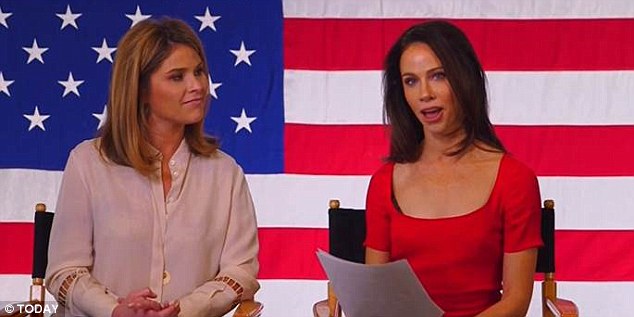 Here’s the Bush twins’ letter to the Obama girls in full:

Eight years ago, on a cold November day, we greeted you on the steps of the White House. We saw both the light and wariness in your eyes as you gazed at your new home. We left our jobs in Baltimore and New York early and traveled to Washington to show you around.

To show you the Lincoln Bedroom, and the bedrooms that were once ours, to introduce you to all the people—the florists, the grounds-keepers and the butlers—who dedicate themselves to making this historic house a home.

The four of us wandered the majestic halls of the house you had no choice but to move in to. When you slid down the banister of the solarium, just as we had done as 8-year-olds and again as 20-year-olds chasing our youth, your joy and laughter were contagious.

In eight years, you have done so much. Seen so much. You stood at the gates of the Robben Island cell where South Africa’s Nelson Mandela was imprisoned for decades, your arms around your father.
You traveled to Liberia and Morocco with your mom to talk with girls about the importance of education—girls who saw themselves in you, saw themselves in your parents, saw who they could become if they continued to study and learn.

You attended state dinners, hiked in national parks, met international leaders and managed to laugh at your dad’s jokes during the annual Thanksgiving turkey pardon, all while being kids, attending school and making friends.

We have watched you grow from girls to impressive young women with grace and ease.
And through it all you had each other. Just like we did.

Now you are about to join another rarified club, one of former First Children—a position you didn’t seek and one with no guidelines. But you have so much to look forward to. You will be writing the story of your lives, beyond the shadow of your famous parents, yet you will always carry with you the experiences of the past eight years.

Never forget the wonderful people who work at the White House. Our greeter as 7-year-olds at our grandfather’s Inauguration was Nancy, the White House florist, who ushered us in from the cold. She helped us make colorful bouquets of winter flowers for our grandparents’ bedside.

Twenty years later, Nancy did the flowers for Jenna’s wedding. Cherish your own Nancy. We stay in touch with our Secret Service. They were part of growing up for us: there for first dates, first days and even an engagement and a honeymoon. We know it wasn’t always easy—the two of you and the two of us were teenagers trailed by men in backpacks—but they put their lives on hold for us.

Enjoy college. As most of the world knows, we did. And you won’t have the weight of the world on your young shoulders anymore. Explore your passions. Learn who you are. Make mistakes—you are allowed to. Continue to surround yourself with loyal friends who know you, adore you and will fiercely protect you. Those who judge you don’t love you, and their voices shouldn’t hold weight. Rather, it’s your own hearts that matter.

Take all that you have seen, the people you have met, the lessons you have learned, and let that help guide you in making positive change. We have no doubt you will. Traveling with our parents taught us more than any class could. It opened our eyes to new people as well as new cultures and ideas.

We met factory workers in Michigan, teachers in California, doctors healing people on the Burmese border, kids who lined the dusty streets of Kampala to see the American President, and kids with HIV waiting to get the antiretroviral drugs that would save their lives.

One tiny girl wearing her finest lavender dress looked young, which she was not. She was little because she was sick. Her mom admitted that she might not live to see these drugs work, but her brothers and sisters would. After meeting this girl, Barbara went back to school and changed her major, and her life’s path.

You have lived through the unbelievable pressure of the White House. You have listened to harsh criticism of your parents by people who had never even met them. You stood by as your precious parents were reduced to headlines. Your parents, who put you first and who not only showed you but gave you the world. As always, they will be rooting for you as you begin your next chapter. And so will we.