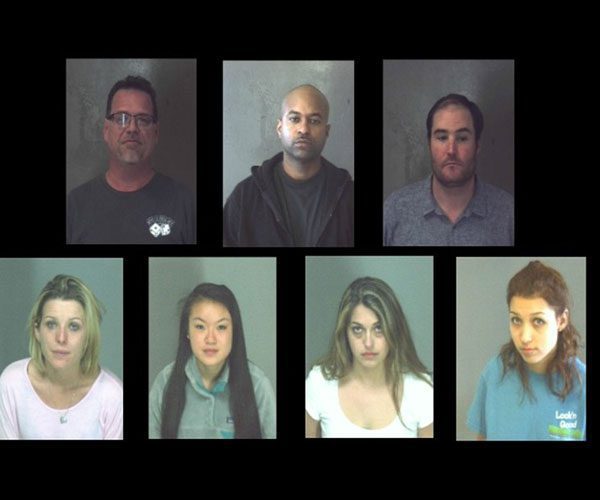 Police often face a challenge in uncovering criminal activity, but for one metro Atlanta area police department the activity was literally next door. Dunwoody, Georgia, police arrested seven people in connection to a high-end prostitution service operating in an apartment complex directly across the street from the police station. The company’s website is no longer online but it advertised as “Gold Club Atlanta” and the ad read: “Gold Club World Famous Elite Companions is an upscale company that caters exclusively to affluent and elite clientele who demand only the finest things in life.”

The area is near the busy corporate business area of Perimeter Center and close to upscale restaurants and hotels. Police received a tip and placed the apartment under surveillance for several months before finally raiding the business on Dec. 29, 2016. Those arrested included four women and three men and were booked into the DeKalb County Jail. Two of the male suspects identified as Sam Crenshaw and George Moore face charges related to running the prostitution business and trafficking for the purpose of sexual servitude. The third male suspect was reportedly a customer and was identified as Scott Phillips, who faces pandering, racketeering and drug possession charges. The four women arrested: Laura Davis, Esther Park, Brittany Johnson and Miranda Ogle all face prostitution charges in connection with the alleged escort service.

The city of Atlanta has the dubious distinction of being the No. 1 city in the country for sex trafficking, according to a 2014 government report. FBI Special Agent Joe Fonseca told rolling out in a previous interview, “While looking at factors that might account for Atlanta’s high rank regarding sex trafficking, it is important to understand that Atlanta is home to the world’s busiest airport and is geographically located regionally with numerous major interstates associated with our city. Atlanta also has a robust convention industry that attracts many business travelers here throughout the year.”