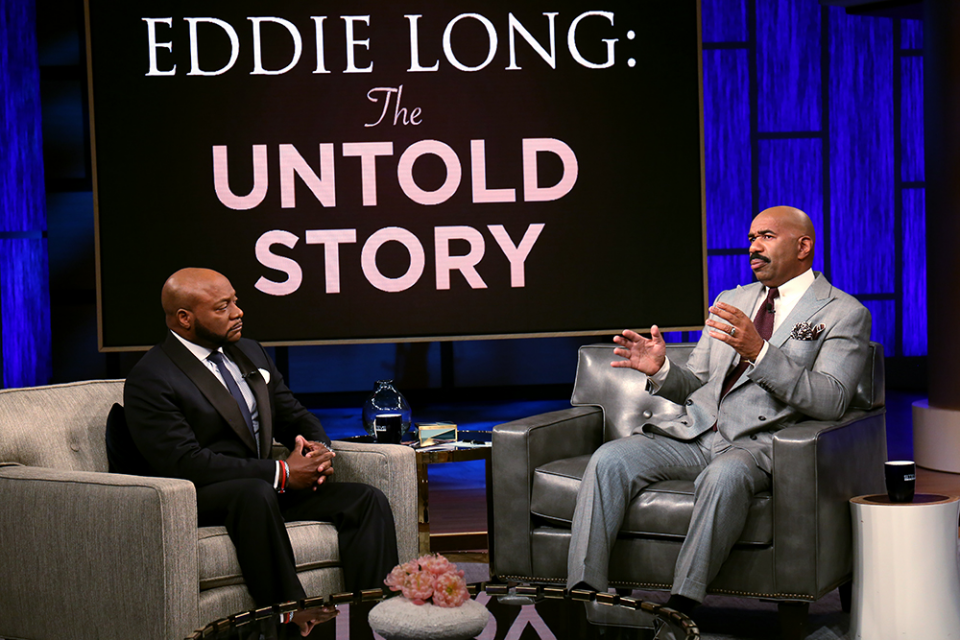 Less than a year ago, Bishop Eddie Long sat down for an interview with talk show host Steve Harvey. The pastor of Georgia’s New Birth Missionary Baptist Church offered the exclusive interview, the only one recorded since his 2010 scandal rocked the Black church. He was accused of sexual misconduct with young males.

In their promo for the show, The Steve Harvey show writes:

In 2010, Bishop Long’s world was rocked by controversy after several lawsuits alleging that the Bishop used his influence to coerce a number of the church’s under aged boys into sexual relationships. Throughout the process, Long has denied the allegations through attorneys and spokespeople and all of the lawsuits have since been settled out of court.

For the first time, Bishop Long discusses the struggles that he and his family went through, as he and his wife navigated the thought of divorce and he personally contemplated suicide. Bishop Long will talk to Steve about resilience, as described in his latest book, “The Untold Story: A Story of Adversity, Pain and Resilience.”

Following are several clips from the interview that aired on May 25, 2016.