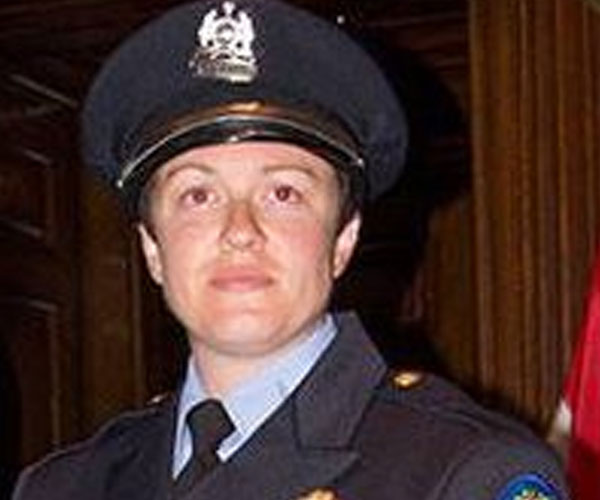 A humiliating roadside search of a Black woman in St. Louis, Missouri has resulted in a lawsuit for the city. On the evening of Oct. 19, 2012, St. Louis police pulled over Kayla Robinson, 24, and two of her friends for a minor traffic violation. According to Detective Angela Hawkins, she decided to pull over the car after she saw it make an illegal u-turn to avoid a police checkpoint. Hawkins maintains while the car was stopped and searched, she observed Robinson hide a bag of marijuana in her underwear and attempted to hide a piece of crack with her foot.

Robinson did turn over a bag of weed to Hawkins but stated she had no crack, but the detective did not believe her statement. Instead, she informed Robinson that she was going to be searched and called backup for a pair of rubber gloves. When a male officer arrived with the gloves, Hawkins began to forcibly unbutton Robinson’s pants against her cries of protest and begging that she be taken to the police station to be searched. According to the lawsuit, Hawkins shoved Robinson against a tractor-trailer and forced her to bend over. She then began to forcefully penetrate and search her vagina in front of the male officer on the side of the road. Hawkins found no drugs from the humiliating cavity search and allegedly slammed Robinson against the truck and placed her under arrest.

Robinson was initially arrested on suspicion of two counts of drug possession for the marijuana she handed over to police, but no criminal charges were ever filed. She then filed a complaint about her treatment with the internal affairs division of the St. Louis Metropolitan Police. She did not hear back from the police until almost three years later in 2015. According to court records, the complaint charges were sustained and Hawkins was disciplined by the department, but no information was released as to the nature of punishment.

An attorney for Robinson, identified as Jeremy Hollingshead, stated to media “They do it every single day. They target African-Americans, oftentimes from northern areas of the city, and they try to shake them down. They make false allegations, threats against them, and their hope is that somebody is going to be weak enough to roll over and provide information to them.”

The St. Louis Metropolitan Police Department has not issued any new statement on the lawsuit, citing “pending litigation.”