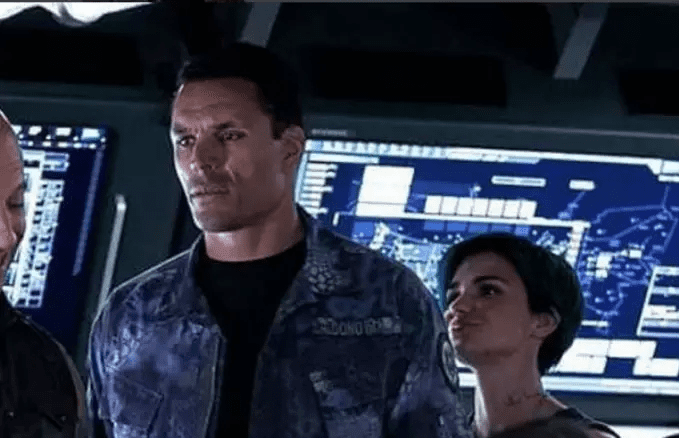 Football fans know Tony Gonzalez for his Pro Ball caliber work with the Kansas City Chiefs and later the Atlanta Falcons. Since retiring in 2013, he has slid easily into an analyst role at CBS. And now he might be adding movie star to his many accomplishments.

“I know my mom is going to love this movie because she loves these types of movies,” he says seated at the St. Regis in Atlanta. “She loves Vin Diesel. She will probably be cheering for him when he beats me up,” he laughs.

Actually, Diesel was concerned about whether super nice guy Gonzalez could pull off the role of a villain. “I am a nice guy but I know how to take it there,” Gonzalez let him know. “If we gotta take it there, I’m going to take it there.” After all, he didn’t get to Hall of Fame caliber status in the NFL by being Mr. Nice Guy on the field.

Because of his football background, the physical aspects of his role as Paul Donovan were a breeze. So much so he even did his own stunts. “That was the easiest part,” he explains. “The fight scene, the physical, because that’s what I am used to. You gotta let yourself go and I can do that easily because I’m trained for that.”

What stumped him? “It was more like the dialogue part of it where you gotta get into that natural mode,” he says.

“And that’s another thing [it has in common with acting], you have to stay in the moment, which in football, it’s essential. You have to get out of your head and take it one play at a time which is extremely hard to do. That’s why players take a while. It has nothing to do with talent or how fast and strong you are. It’s about staying in the moment. It’s the same thing with acting,” he says. “If you start thinking about what you’re going to say and you stop listening, you stop reacting, and it’s not going come off as natural.”

As for who is going to the Super Bowl, he says, “I think New England’s going to win and I think Atlanta’s going to win.” While New England at home over Pittsburgh is not a surprising pick, Atlanta is, especially with how spectacularly Greenbay Packers quarterback Aaron Rodgers has been playing. But Gonzalez insists, “I really like their chances and I’m not being a homer here just because I played with [Atlanta Falcons quarterback] Matt [Ryan].”

Either way, he’s looking forward to watching the Falcons and Packers go head-to-head. “It’s going to be a really, really close game,” he thinks. “Take a couple of drinks before you watch the game if you’re a nervous type. Have the tequila sitting there ready for you,” he advises, “because it’s going to be a nerve-racking game whether you’re a Greenbay Packer fan or a Falcon fan.”