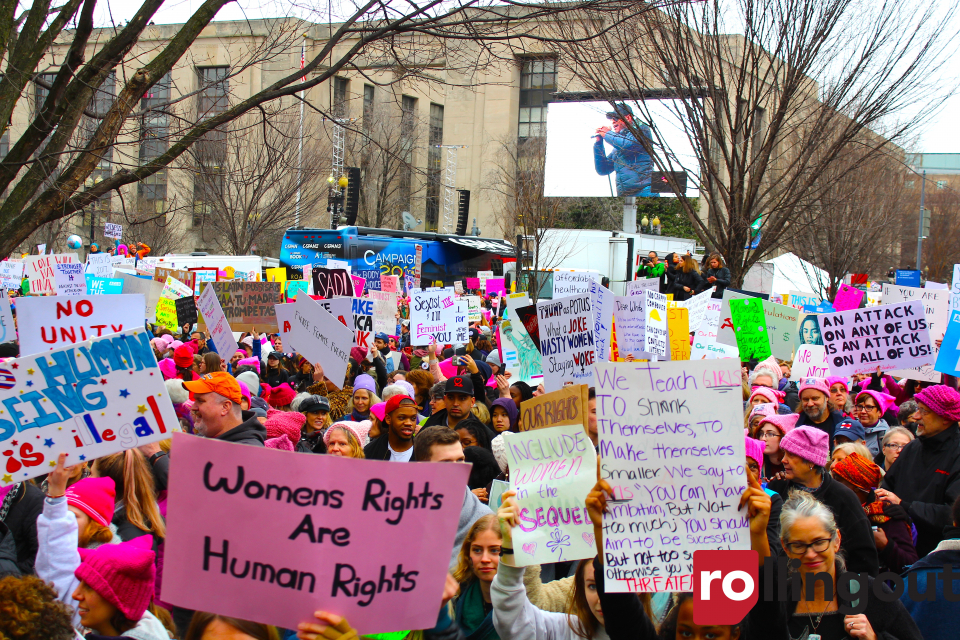 This past weekend, the Women’s March shocked the nation as protesters took to the streets of major US cities. It is estimated that more than 2.5 million women and men protested the policy, rhetoric and misogynistic actions of President Donald Trump. Celebrities such as Madonna, Janelle Monae and others gave fiery speeches to a motivated crowd united in protest.

Social media was ablaze with the #WomensMarch and the Trump administration struggled with a unified message in response. The peaceful march epitomized the ideology of protest to make social change as taught during the Civil Rights Movement under Dr. Martin L. King, Jr. The marches of King and the movement were meant to shock the moral fabric of America and it worked. It became hard for the Kennedy and Johnson presidential administrations to ignore the will and actions of Americans united for social change and justice. Unfortunately, after a particularly divisive, racist and violent election campaign by President Trump, it is apparent that his moral fiber is incapable of being shocked. President Trump responded on Twitter:

Peaceful protests are a hallmark of our democracy. Even if I don’t always agree, I recognize the rights of people to express their views.

This is a nebulous response from President Trump that speaks volumes about his attitude over the march. It seems that he acknowledges the event but it did not move him emotionally.

Civil Rights icon Congressman John Lewis spoke at the Washington, DC march and stated to the crowd, “I tell you, you look good, you look beautiful, you look handsome, you look strong and ready to advocate … We are going to send a message. I know something about marching.”

Lewis encouraged the crowd to register to vote and to get ready to organize for the turbulent times ahead. He continued, “Don’t let anybody turn you around. Never give up. Never give up hope.”

For some, the march was not only about women’s rights, but also about the rights of immigrants, LGBT rights, civil rights and equal justice. But the hard truth is that an administration that promotes “alternative facts” and attacks the national media will not be moved by marches. A republican controlled congress has all but guaranteed the implementation of Trump’s policy and has already begun to gut the Affordable Care Act, popularly known as Obamacare. The next chance to move toward a progressive agenda that will be the 2018 midterm election. All 435 seats in the United States House of Representatives and 33 of the 100 seats in the United States senate will be contested.

It will be difficult to hold together the loose coalition of marchers who gathered for such diverse reasons for two years. During this time, a transformative figure must arise to serve as a united symbol and put forth a realistic agenda that pushes back against the Trump message.