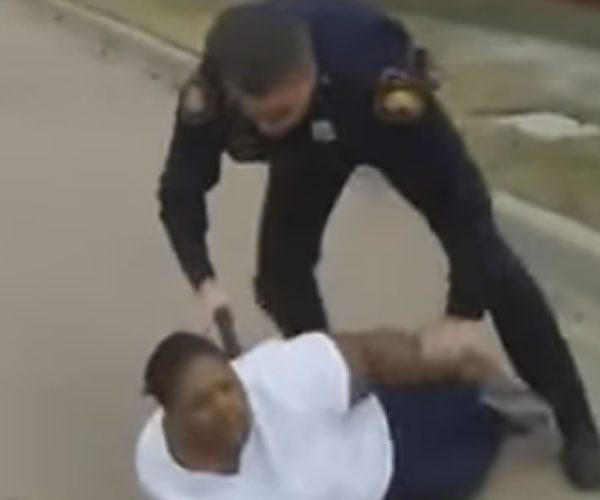 Many were outraged this past December over the treatment of a Black mother at the hands of a Fort Worth, Texas, police officer. Jacqueline Craig, 46, says a nearby White neighbor assaulted her son for dropping a piece of paper in front of his house. When the 7-year-old boy talked back, the man allegedly put the boy in a chokehold, fortunately, the boy escaped and ran to his mother. Craig called 911 and went to the scene of the incident with her daughter and started recording on a cellphone.

This started a heated argument with Craig during which the officer told her “you’re pissing me off.” He then suddenly and violently slams Craig to the ground and handcuffs her. As her daughter protests, she is also grabbed and handcuffed by Martin. Both women were arrested and faced numerous charges from the incident. Craig was charged with resisting arrest and failure to identify in addition to outstanding traffic court warrants, including driving with a suspended license, failure to maintain financial responsibility and speeding. Her bail was set at $5,901.90. Her daughter Brea Hymond, 19, was charged with resisting arrest and interfering with public duties. She was being held on $3,500 bail. Martin was given a 10-day suspension and will return to his patrol duties in the neighborhood where the incident occurred.

Both women have since been released and are awaiting trial but according to the media are in fear for their safety. In response, community activists led by three legally armed men began to patrol her home. The group of 20 protesters gathered near the home on Sunday, Jan. 22. Craig’s attorney, Lee Merritt, said the patrol was initiated not because the family felt threatened by police but because it didn’t feel protected. “The group wanted to help. …They felt it was their responsibility to come up and show their support,” stated Merritt.

Someone called 911 and soon police were on the arrived stating they were responding to a noise complaint. Three men with rifles were disarmed and detained by police even though they never pointed their weapons at any officer or persons. The men were later released and their weapons returned.

It will now be up to the Tarrant County Prosecutor’s office if the case will be sent to a grand jury to decide whether anyone — the officer, the neighbor or the Craig family — will be charged with a crime.