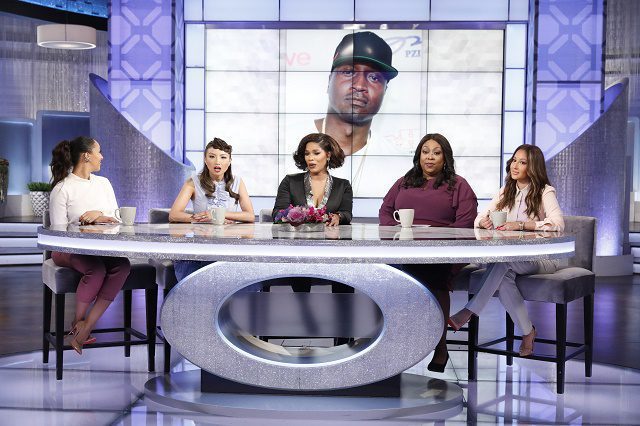 Leave it to “Love and Hip Hop Atlanta” alum Joseline Hernandez to have the tea.

During a recent appearance on “The Real,” the reality star raved over fellow co-star Rasheeda, calling her a “good lady,” before airing out her husband Kirk Frost’s dirty laundry.

“This is what I always say about people that’s doing reality TV. Don’t come in there faking it. ‘Cause guess what, it always come out in the light,” said Hernandez.

“So you come up in there, you know, for six years. You think, you know, you showing to the world, ‘Oh we perfect. Nothing ever happened to us.’ If you notice, on ‘Love & Hip Hop,’ Rasheeda and Kirk is always the cleanest one. Right? And so they never have no tea going on. But guess what, when you faking it, the truth always come out. So you know what, I hear in Atlanta, I know a lot of people. You know, I stay in the streets. I keep my ears close to the street, okay,” she explained, before dropping a bomb.

“‘Cause, I got to know what’s going on, honey. I got to be prepared for them …” she continued. “The word is that he do got a baby and you know, it’s not from Rasheeda. It’s from some ex-stripper …”

Despite a round of gasps from the audience in addition to her co-hosts for the day, Adrienne Houghton, Loni Love, Jeannie Mai and Tamera Mowry-Housley, Hernandez urged viewers not to hate the playa but hate the game.

Last we heard from Hernandez, she took aim at the father of her child, Stevie J.

“Stevie lame! And he’ll act like I’m so in love like I’m following him and looking for him and everything and I left him like a year ago. I departed. I was the one that departed the relationship. He’ll act like I’m the one that’s stalking him, so I’ll be like, [imitates holding phone] ‘Yup, up in his house. Yup, baby daddy house. See, he invited me over. He’s been calling me all day. He wanted me to come and this and that,’” she said during Monday’s episode of the daytime talk show.

She also dished on relationships 101, adding, “Document style, baby girl. Let me tell y’all something: Y’all can never go to a man house or have a relationship with no man or woman and not have proofs of who’s been doing what. ‘Cause they’ll come for you. They’ll have you looking like you’re a stalker or you’re crazy and you done lost your mind. And they be the one that be doing that!”