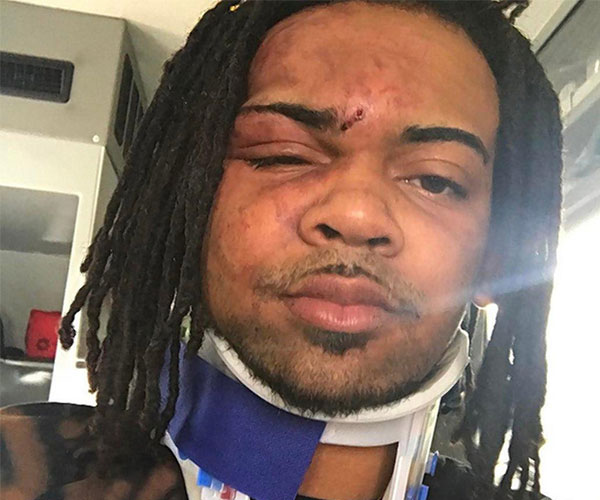 Over the past few years rapper Chief Keef, whose real name is Keith Cozart, has been involved in some very bizarre situations. He encouraged his Twitter followers to vandalize a random home and also was involved in a shooting in his native Chicago. The rapper has now been arrested again, this time for a home invasion at the residence of music producer Ramsay Tha Great.

Ramsay posted a video to Instagram that claims that he got into an argument with Uncle Ro’s wife Kelly. He stated that he then went into his bedroom to sleep and Kelly was trying to get him to talk to Chief Keef on the phone. He refused and some time later there was a knock on his door. He asked who it was and the person responded Sossa, whom Ramsay had produced songs with before. When he opened the door he was confronted by Chief Keef and others, one of whom was armed with an assault rifle. Ramsay claims he was beaten by Keef and another assailant during the encounter and he was robbed of $1,600 and a Rolex watch. The video was taken from a hospital bed and he promised that he would take legal action against his attackers. Ramsay stated in the video, “I just think that someone with $6 million would be a little bit smarter about their actions, and showing their face. … If you think you can come inside a person’s house, [do a] home invasion, with a gun, and beat ‘em up, and you worth $6 million dollars?” he laughed. “You stupid, dude.”

The producer was true to his word and after an investigation by police an arrest warrant was issued and Chief Keef and another unidentified man were taken into custody on Thursday night by LAPD SWAT officers. They were brought to the LAPD’s Devonshire station for possible booking Thursday night and charges are expected to be filed soon. Ramsay has been called a “snitch” on his Instagram page for calling the police and was told that the incident should have been handled like “a real gangsta.” Ramsay has stated that he has never claimed to be a “gangsta” or lived that lifestyle.