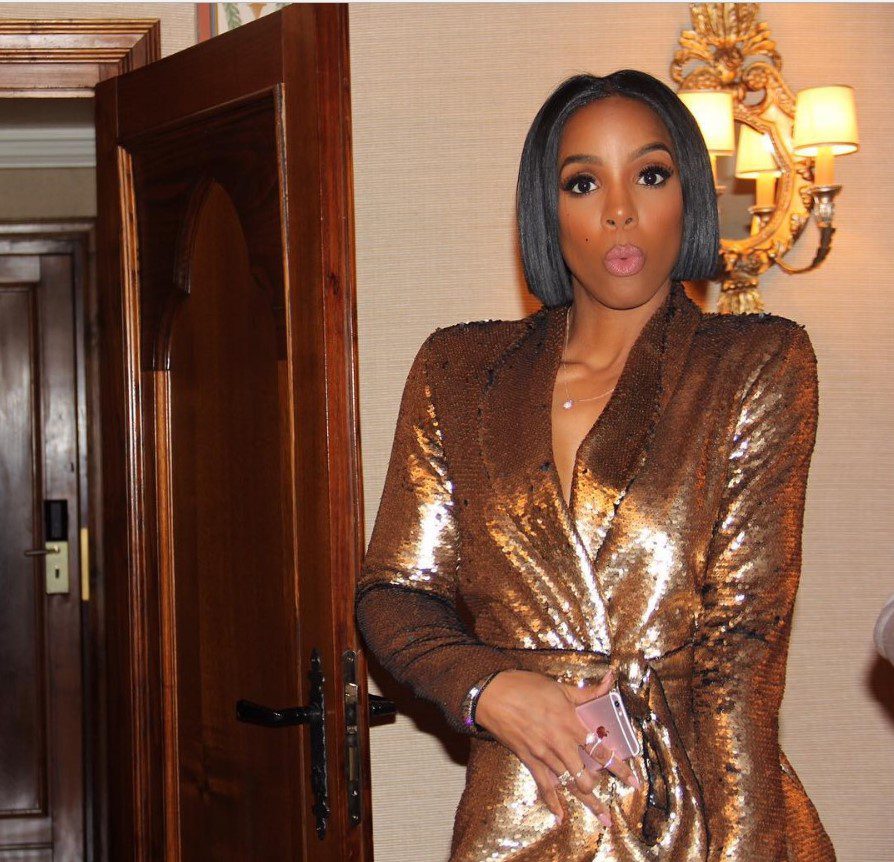 Fans are used to hearing famed singer Kelly Rowland talk about issues of love from a woman’s perspective. However, in a recent interview, Rowland surprised fans when she discussed the topic of sexuality in relationships and explained that people need to be more open and honest about discussing sexual history with their mates.

According to reports, Rowland recently sat down for an interview while she discussed her new Lifetime movie, Love By The 10th Date. Rowland explained that all couples should be open enough with each other to discuss any sex-sex experiences that they’ve had.

“There are some women who are not finding the real truth about their partner’s sexuality until they go through their man’s phones,” she said. “But it happens with guys, too, not just women. I can’t tell someone how to feel about dating someone who is bisexual or had a past gay experience, but it’s proper to ask in today’s times.”

Rowland also discussed open relationships, specifically that of her friend and fellow actress Mo’Nique, who is an expert on the topic considering her open marriage with her husband, Sidney Hicks. Rowland spoke about the award-winning actress as she explained that she is “not in any position to judge anybody.”

“None of my girlfriends that I know of have open relationships,” she said. “We’re in a new time and space where sexuality should be talked about — whether you want to be with two people or three.”

Not surprisingly, Rowland’s interview garnered controversy with some thinking Rowland was blasting gay and bisexual men. However, she opened up about the matter on her Instagram page yesterday and claimed she always has and always will be a supporter of the LGBT community.

“(SMDH) See, this is why HEADLINES can be toxic for readers! I did an interview with the NYPost about my Lifetime movie “Love By The 10th Date” and there have been multiple media outlets taking a specific statement completely out of context. There’s a storyline about bi-sexuality in the film and the writer asked about this particular character and I shared my thoughts on how the fictional character could have handled the situation better in the film. I’m only making this statement to my fans as everyone knows that I’ve always embraced the LGBTQ community and have absolutely nothing but LOVE for my LGBTQ family,” Rowland wrote.

What do you think of what Rowland had to say about dating and sexuality? Let us know in the comments.