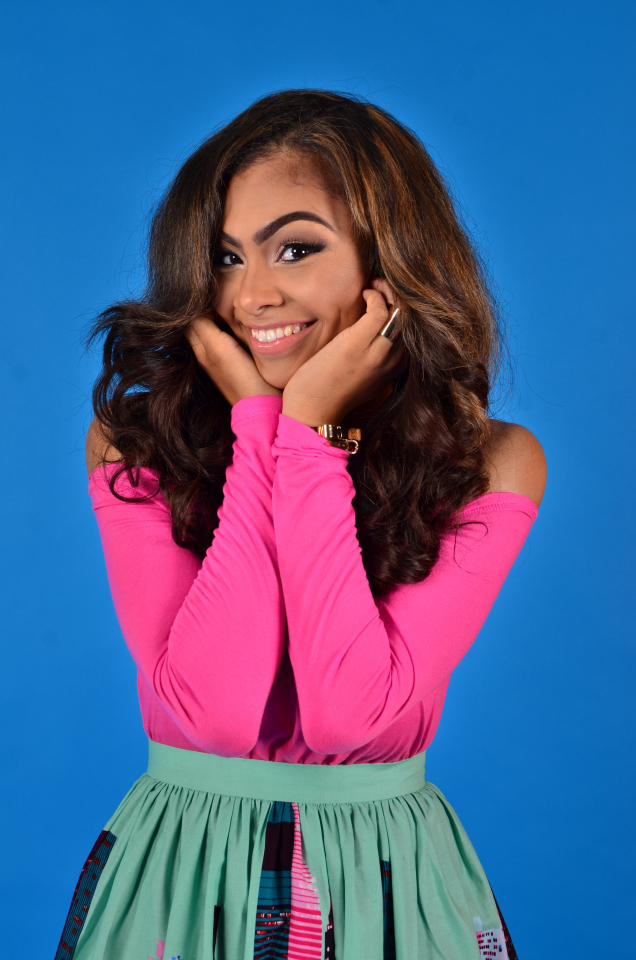 “Who would have ever thought that two years ago this would happen to me?” Briana Babineaux, 22, poses a response into a question and then answers. “I know I didn’t. I didn’t think any of this was possible. Singing was nowhere on my mind. The fact that God has opened doors and he’s elevated me and decided to put me on this platform, I am so grateful.”

Bri received three Stellar Awards nominations for this year’s event and her single, “I’ll Be The One,” is a part of the 20th edition of WOW Gospel. It was selected for RCA Inspiration-released WOW Gospel 2017 double disc and DVD collection that was released on Friday, Jan. 27.

“I am so excited about the nominations and being on WOW Gospel. I am kinda speechless,” the Lafayette, Louisiana native shares.

Thinking back two years ago, before YouTube fame and social media rise, this writer asked: “What did you think you’d be doing today?”

“I would be a college graduate on my way to law school. That was my dream,” she answers. Bri was a member of her high school’s volleyball and track teams. She earned a scholarship to McNeese State University, and only stayed one semester because her interest in athletics waned. “I am back in school now at the University of Louisiana at Lafayette and majoring in criminal justice.”

The Chandler Moore and Khasmin Ali Dock-written single “I’ll Be The One” was presented to Bri by her manager and attracted national attention. She was originally supposed to launch her album, Keys to My Heart, with “Holy Spirit” but she felt “I’ll Be the One” told her story. “I was like ‘wow!’ I listened to the lyrics and the hook. I said, ‘that’s my testimony.’ I told God if family walks away and friends turn their backs on me, that’s OK. I am still going to bless your name and give you all the praise that you deserve, and more. It was my personal testimony and personal promise that I told God,” she shares.

Bri has been singing in her church choir since she was 3-years-old and has been “singing ever since.”

“I grew up in a house filled with musicians, she shares. “We have music in our blood.