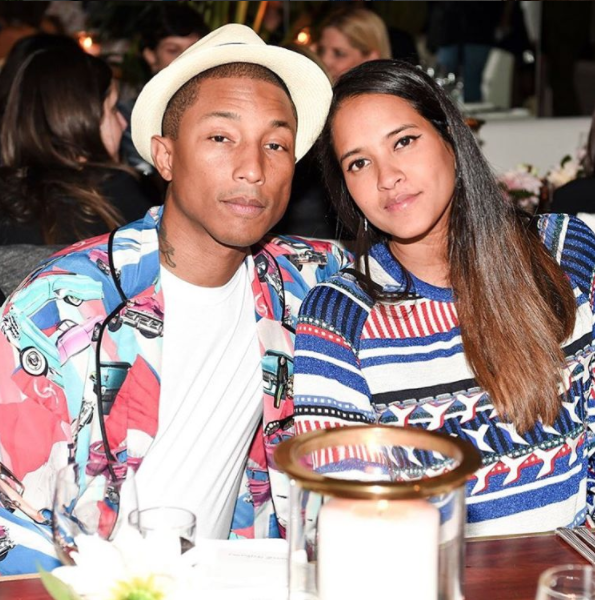 Super music producer and “Happy” singer Pharrell Williams, 43, and his wife Helen Lasichanh, 36, welcome triplets. “The Voice” coach dated Helen for five years before they married in Miami in October 2013. Their first born is Rocket, 8, who was “named after a machine.” He told Oprah in 2014, “In the same way the Indians named their children after a force or animal or element, we named him after a man-made machine that was meant to go up, meant to ascend.”

There are no details about the sexes or date of births for the trio. We first learned of the pregnancy when Helen revealed her baby bump at N°5 L’EAU party for Chanel in West Hollywood in September 2016.

During a recent episode of “Ellen” the talk show host asked about the name of the baby, Williams was hush-hush. Of course, DeGeneres didn’t know at the time this would be a multiple birth.