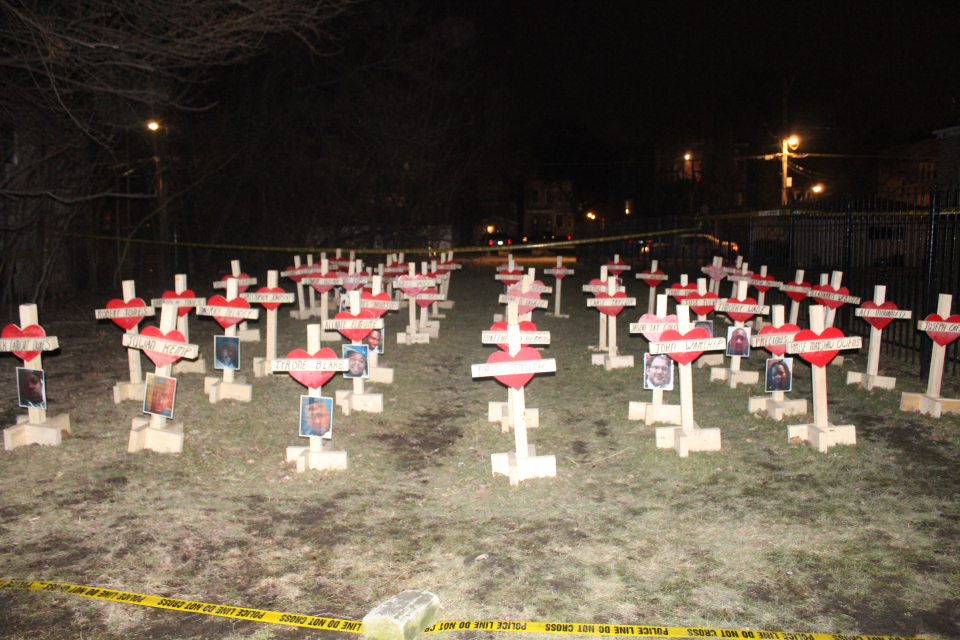 Chicago has been synonymous with violence and shootings consistently for years now. Mentions of the city from outsiders and natives alike paint a murderous picture of Chicago where everyone is ducking bullets and fighting to stay alive. In fact, President Donald Trump addressed this year’s 228 shootings in Chicago in a tweet where he threatened action. Everyone has their take and solution and families consistently get lost in the noise.

Enter Greg Zanis, a native of Chicago who currently lives in Aurora, Illinois. He made the decision to use an empty lot in the Englewood community of Chicago to honor those who have been killed in the senseless violence. There are approximately 44 crosses on display at a donated lot on the 5600 block of South Bishop. The lot has been received with mixed feelings by members of the community. There has been discussion of having it removed. To date, it still stands.

We went to visit the cross strewn property and spoke with Ronald Jackson of the Mental Health Movement and Black Lives Matter. He said, “This is an ominous site. This is a symbol to our community that lets us know that we have to be accountable. Englewood has made themselves known worldwide; Chicago has become the murder capital of the world and we are not even under a declaration of war. There is no hope where there are no jobs …”

The display speaks clearly to the many lives that continue to be lost in Chicago. Fingers have been pointed in every direction. The community is being changed right before the eyes of the residents and it appears the needle of progress has not moved one inch. Englewood bears the cross of Chicago, a heavy burden. When will it be lifted?