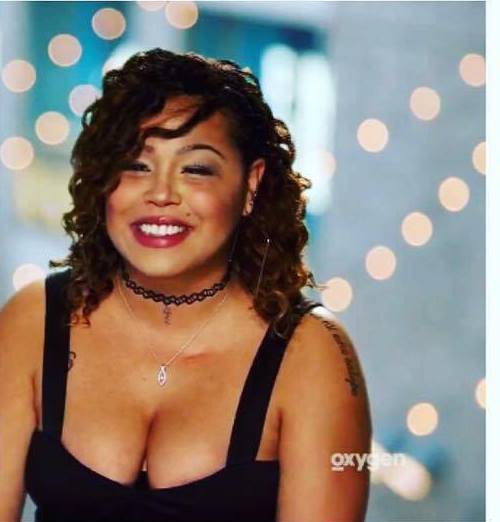 Oxygen’s breakout star Judi Jackson transitioned from a girl to a woman in front of millions of viewers on television.  Her debut on “Bad Girls Club” coincided with the Creole beauty’s 21st birthday. “Being on television so young, I had to grow up in front of the public eye,” Judi J says. For most of us dealing with the transition to womanhood or manhood can be difficult just looking at the reflection in our compact mirror but for Judi J every insecurity or flaw was exaggerated by comments from fans and haters of the show alike.  “I’m not complaining because I am blessed to have the opportunity to be on television and chase my dreams but it hasn’t been all fun like some people think,” she says.

Four years later, Judi J believes the struggle to be considered perfect is just as real if not more so than it was when she was first introduced on “Bad Girls Club.” “Instagram has taken things to a whole new level. You look on your feed and those girls look perfect and it’s hard not to compare yourself or pick out your own flaws,” she says. Even though she struggles with her own issues, she wants to encourage young women to appreciate their individual beauty. “If anything young women can see that I’m going through the same thing they are. I want to help them to feel comfortable in their skin whether they decide to eventually do plastic surgery one day or not.”

She reveals two procedures done this past year to augment her facial structure. “I had my nose done and my cheeks slimmed down a little bit,” she admits. To hear what surgery Judi J is considering doing next, click on the video below.

Tune in to the “The Battle of the Ex Besties” which premieres on Oxygen, Tuesday, Feb. 14 at 9 p.m. EST to catch up with “Judi J” Jackson.