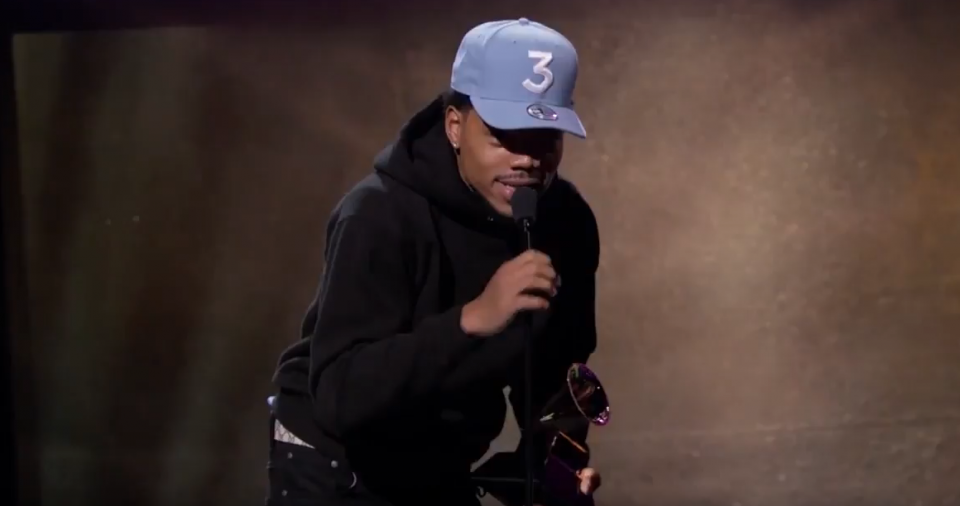 Chance the Rapper has done it again. This young phenom has officially changed the game and there is no turning back. Chance is now a 3-time Grammy winner. He won Best New Artist, Best Rap Performance for “No Problem” featuring Lil Wayne and 2 Chainz, and Best Rap Album for his project Coloring Book. This is an amazing feat for any artist, but what makes this sweeter than most is that Chance did this as an independent artist.

Chance has yet to sell one physical copy of his music, yet he has managed to achieve great things in five years that have set the world of music on a different course. He turned down the possibility of major deals and gives his music away for free on streaming services. This new approach has opened the door for independent artists. He was the first to have a streaming only album chart on the Billboard 200. His album Coloring Book was the first streaming-only record to earn a Grammy nomination and win.

Any artist out here should be a believer, at this point. The internet is wide open for opportunity. A focused and direct approach to what your fans desire can build a support system that will allow your star to shine. Artists are no longer beholden to major labels and their agendas. They can be great on their own terms. Chance the Rapper is the spokesperson for this approach. In his speech after his second win, Chance says, “I know that people think that independence means you do it by yourself, but independence means freedom.”

It will be interesting to see the industry go through its change as it adjusts to this new paradigm. This approach demonstrates the possibility that exists and it speaks to any business person who is determined to meet their goals. Anything is possible. Chance has proven this.