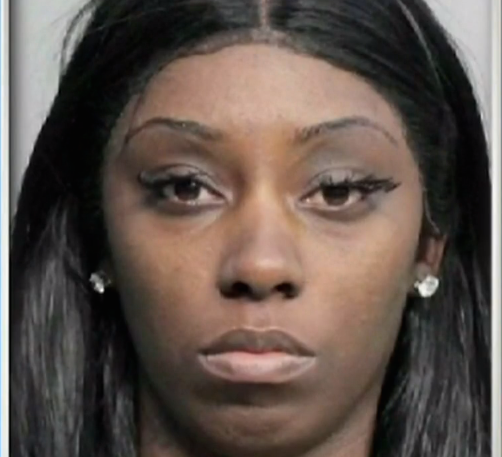 A woman lost her leg over a love triangle that turned violent. According to CBS 12, the incident occurred in Miami where Kasheena Mordica and Ashley Weatherspoon were both in love with the same man.

Once they discovered this harsh reality, they began to argue with each other. At some point, the argument became violent and the two decided to fight. During the fight, Mordica jumped into her car and stepped on the gas pedal while Weatherspoon was in front of the car. Mordica hit Weatherspoon and continued to drive without stopping. Weatherspoon remained on the ground with blood pouring from her leg. She soon discovered that her leg was severed because of the incident.

Both women were fighting for the love of Marco Mack. Mack, 32, has a history of being on the wrong side of the law. Although he was not directly involved in the fight that led to Weatherspoon losing her leg, he was arrested for past issues with the law. Mack has been arrested on burglary and grand theft warrants.

The incident reveals how misguided passion can change a person’s circumstance in life. Mordica is facing jail time and Weatherspoon lost a leg over a person who did not care enough to prevent the altercation from occurring. Both women will surely regret this incident as they deal with the consequences for years to come.

Mordica is facing serious jail time. Because she didn’t stop her car after hitting Weatherspoon, Mordica is being charged with second-degree attempted murder and leaving the scene of an accident.

Mordica is currently out on bail, but Mack remains in jail.