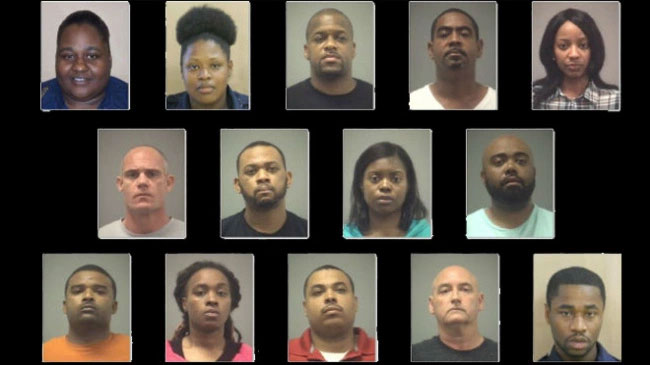 In a nation that has been plagued by illegal drugs and the associated violence, citizens turn to cops for assistance and protection, Now, once again, the nation’s faith has been misplaced as more than a dozen cops have been busted in a multistate drug ring in Virginia and North Carolina. The undercover operation, called “Operation Rockfish,” has been ongoing for about a year and a half.

Thomas Walker, the U.S. Attorney for the Eastern District, said multiple people were arrested in a major sting of cocaine and heroin operations. They were charged with trafficking cocaine and heroin up and down the I-95 corridor in North Carolina. Among those arrested were eight current or former officers, three correctional officers, two  Virginia prison employees and a 911 dispatcher.

More arrests are anticipated as the investigation is ongoing. The blow to the Northampton County Sheriff’s office was particularly devastating since the staff consists of 35 deputies and the arrest of five deputies was shocking.

The names of those arrested are as follows: