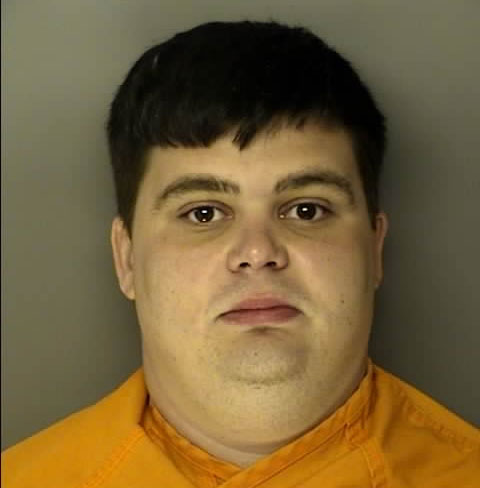 If Donald Trump wants to stop terrorism he should stop targeting Muslims and look at radical Christian terrorists from the South. The FBI has announced the arrest of a South Carolina man, Benjamin Thomas Samuel McDowell, 29, based on a series of posts on social media.

McDowell is an ex-con with ties to White supremacist organizations that he was involved with both in and out of prison. For the past few months, he had been posting hateful messages that attracted the attention of law enforcement and ultimately got the FBI involved in monitoring his actions and movements. In January according to a federal complaint, he posted to Facebook that Jews were part of a plot to wipe out the White race. He wrote, “All they wanna do is stay loaded on drugs the Jews put here to destroy [the] white man and them fest [sic] on the drugs.”

Like racist mass murderer Dylann Roof, who gunned down parishioners in 2015 at Mother Emmanuel AME in Charleston, South Carolina, he felt that White supremacist organizations were all talk and no action when it came to battling minorities. He posted that the organizations “ain’t got the heart to fight for Yahweh like Dylann Roof” and later wrote that he was looking to purchase a gun.

A week later McDowell met with an undercover FBI agent who he believed “handled problems for the Aryan Nations.” He told the agent that he wanted to unleash a massacre against innocent people and then get away “scot-free” because of his fear of going back to prison. According to the agent, McDowell stated, “I saw what Dylann Roof did and in my heart, I reckon I got a little bit of hatred and … I want to do that s—.”

After the attack, he planned to write on a wall, “In the spirit of Dylann Roof” but had not yet determined where he would commit his act of terrorism. This week he met the FBI agent at a Comfort Inn and purchased a .40 caliber Glock handgun and ammunition during the encounter. He was then arrested in the parking lot of the hotel.

McDowell appeared in court on Thursday and faces a federal charge of a felon in possession of a firearm. His next court appearance will be on Feb. 21, 2016.