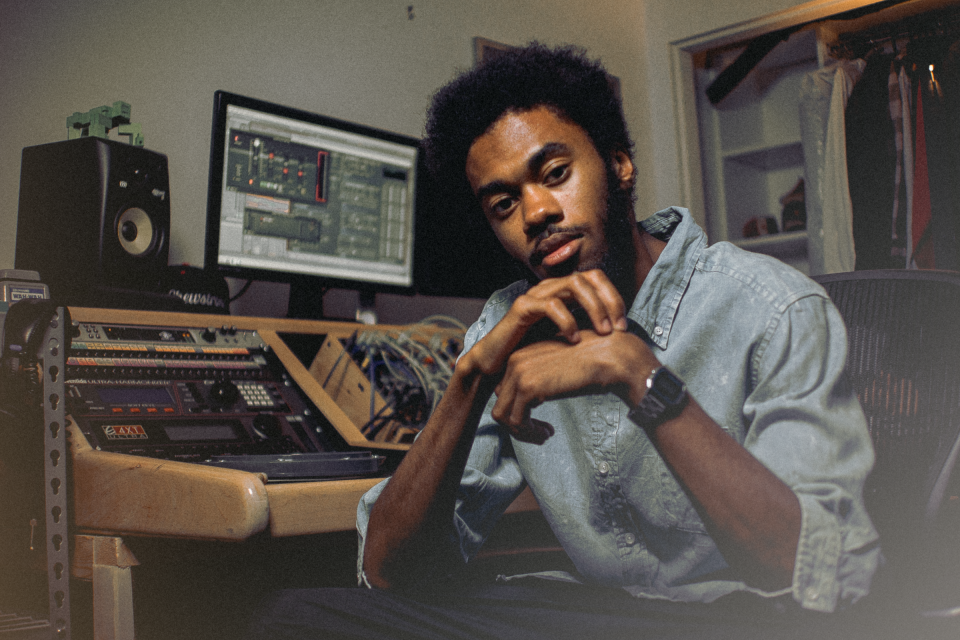 DJ Jelani is a young (24-year-old) who migrated from the East Coast (Washington, D.C. and Atlanta) to Los Angeles in order to make his name and strategically establish himself in the world of Electronic Dance Music (EDM), a genre that is primarily dominated by European ( e.g., Calvin Harris) and Asian DJs (e.g., Steve Aoki). That fact is ironic considering the roots of EDM are the African-American house, techno and club DJs who came out of Chicago, Detroit, New York and Baltimore. DJ Jelani is currently working on an EP of original music for release later this year that will add his eclectic, soulful flavor to the EDM soundscape.

Rolling out caught up with the perpetual motion machine and got him to slow down long enough to give us some insight into what’s on his mind, in his music and how he intends to disrupt the world of EDM.

How did you get started in DJing and production? What sparked your interest?

I started playing around with the idea of DJing when I was about 15 after watching documentaries like Z-Trip’s “Scratch” about turntablism and watching “Intellect: Techno House Progressive” that highlighted the Detroit techno scene in the early 2000s. My dad had a pair of 1200’s in his house in Atlanta, at the time, so I started learning how to beat match and mix records whenever I would visit him because my parents were separated and later divorced.

Before I even turned 18, I was a resident at one of the biggest nightclubs in D.C., opening for DJs like Treasure Fingers and Nick Catchdubs. I worked as the personal assistant for T&A Records label owner Jesse Tittsworth, who has a background in Baltimore cClub music. While working as a personal assistant, I learned what separates opening acts from headliners is the discography. I then started diving into producing my own tracks to DJ with.

How long have you been pursuing your career?

Well, I guess the first time I played in a nightclub was about seven years ago, at this point, I don’t know if that qualifies as my start, or if I should consider the first gig that I traveled across state lines to play five years ago as the start of my career. I’ve stopped looking at the calendar.

How did you know this was your path?

Being a decent DJ requires a lot of effort. Being a good DJ requires commitment and sacrifice, as with becoming good at anything. I was already putting in the work to push my limits with DJing before the conversations of money, career, or future came into my life. I knew this was what I wanted to do when I was going out of my way to do it no matter what was going on in my life.

Which genre(s) do you work in?

It really doesn’t matter. Give me a good song and I’ll play it in a way that works for me. Hip-hop DJs really nailed this mentality in the early days because there were no pre-recorded hip-hop records to DJ. You had to make it hip-hop by changing how the record was played.

I look at dance music the same way. It’s all audio. My job is to make it sound good.

I’m the worst at this part … If I say “funky techno” it sounds like a free sample pack, but techno is funk music. At least it was funk music before Germany got involved. But my deejaying is focused on dance music that rides a groove, funk, and movement while using modern points of reference. Hopefully, I’ll have a better description to give people soon.

Which do you prefer — creating music or playing music?

It’s honestly apples and oranges, or yin and yang. The studio process is a long and tiring process that is mainly spent isolated from the outside world. DJing is interactive with instant feedback and in constantly changing environments. Both require a lot of work and preparation, but I’m producing to make records and not for the joy of production itself. So, I’d guess I’d say I enjoy playing more.

That being said, I spend 99 percent of my time in the studio or getting my live set together.

What are you working on now?

I’d rather not talk about anything until it’s ready for the world. I’m working with several different artists on a couple of projects, but some of the stuff is me behind the scenes while I get myself ready.

I can say, however, that I am working on rap beats for the first time in my career. It’s for an artist that I went to high school with who is extremely talented and is currently out of Baltimore.

Where do you want to take this? Ideally, what will you be doing in three years?

I had no idea how I would get where I am … not three years ago, but that’s what keeps it interesting. Anything that I say now is probably not going to happen the way I expect it to in three years. I have no idea what’s off my radar and it doesn’t matter as long as I focus on constantly improving my productions and my shows. As long as I focus on that, everything else will fall into place. I’m over trying to put the round peg into the square hole.

Knowing DJ Jelani as well as I do, true confession time… I am the dad who had the 1200s, I know he will not conform to the conventional and neither will his music. Look out for it soon!

Since DJ Jelani is keeping his music under wraps until release, I did ask him to give us his own version of Grammy-like awards and which artists of merit from 2016 who deserve recognition.

See the DJ Jelani “Should Have Won Awards” list here.