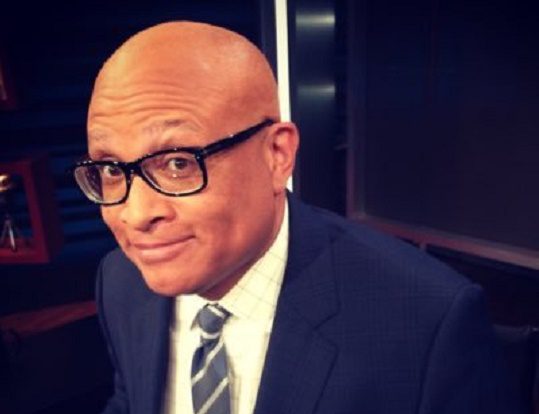 Don’t mess with Larry Wilmore. You may just get schooled.

In case you missed it, the former “Daily Show” host went head-to-head with Breitbart editor Milo Yiannopoulos, while serving as one of the panelists on Friday night’s edition of “Real Time.”

During the online segment, host Bill Maher asked Yiannopoulos why he singled out a transgender student during a recent speech at the University of Wisconsin, Milwaukee, where he intentionally referred to the former student as a “he” (when he is a she), saying, “He had already left the university. And I make no apologies for protecting women and children from men who are confused about their sexual identity.” Yiannopoulos continued: “I did it on purpose. I misgendered this person… I think women and girls should be protected from having men who are confused about their sexual identities from their bathrooms.”

While Maher sided with the editor, saying, “That’s not unreasonable.” Wilmore stepped up to the plate, voicing his disgust over their sentiments. “I just think it’s sad, because the same arguments that were used against gay people, treating them like aliens who wanted to fuck anything that moved and that’s why we should avoid them at all costs, are being used [against the trans community],” he said.

Though Yiannopoulos attempted to interject, he was immediately shut down. “Well, let me finish my thought, please. No, It’s terrible. There’s a difference without a distinction, because it’s using the type of arguments,” said Wilmore. “It’s like when people try to compare gay and black. Yeah, they’re not the same thing. We shared invisibility. People didn’t see us in society, and gay people hid out from society, but there were a lot of the same issues that you have to deal with when you’re marginalized.”

“You can always find an extreme person that becomes the object of your attack to assign that to everybody,” he continued. “So if you say, well that person is ‘weird’ or they want to commit sexual assault, then people think all transgender people want to do is commit sexual assault.”

To which Yiannopoulos shot back, “Well, they are disproportionately involved in those kinds of crimes. That’s not a controversial statistic, and frankly, you’re suggesting these people are the victims of some kind of discrimination, well I’m saying to you this is a psychiatric disorder—like identity disorder or like sociopathy.”

However, according to the Office of Justice Programs, “One in two transgender individuals are sexually abused or assaulted at some point in their lives. Some reports estimate that transgender survivors may experience rates of sexual assault up to 66 percent, often coupled with physical assaults or abuse. This indicates that the majority of transgender individuals are living with the aftermath of trauma and the fear of possible repeat victimization.”

Wilmore continued, “This is what I said: [it’s] the same argument we used against gay people. You should do your homework. Homosexuality was called a ‘disorder.’ It was [called] a ‘psychological disorder.’” After suggesting that Yiannopoulos himself is disordered, Wilmore went on to allege that gays have a long road ahead when coming to terms with their sexuality, “because of the way society treats them!” He added, “If society said ‘we’re fine with gay people’ and it’s 1890, do you think in 1990 people are going to have an issue with it?”

After being confronted by another panelist, Malcolm Nance, Yiannapolous turned to Maher in an attempt to troll Wilmore once more, declaring: “You always invite such awful people on your show! They’re so stupid!”

Naturally, that comment didn’t sit well with Wilmore who responded saying, “First of all, hold on, Bill: You can go f— yourself. If your argument is that these people are stupid, you didn’t hear a word this man [Nance] said earlier in the segment, because he can talk circles around your pathetic, douchey little a– from England, alright?”

“And one last thing: Leslie Jones is not ‘barely literate.’ Go f— yourself again for that one, OK?” said Wilmore, referring to comments Yiannopoulos made earlier about Ghostbusters star Leslie Jones, whom he called “barely literate.” He concluded, “She is a very thoughtful person, and very friendly.”