During a nerve-racking political climate there are plenty of artworks to distract your mind’s eye. But there are also pieces that can soothe your consciousness by artistically exploring the complexities of social and personal issues. That’s why we asked Jessica Stafford Davis, founder of The Agora Culture, to select three contemporary artworks that can help us make sense of these times and significant topics such as race, womanhood, immigration, and family legacies.

Davis is in the unique position to offer insight as her multicultural arts initiative supports artists and collectors through residencies, educational programming, art dinners, salons, and her annual Martha’s Vineyard exhibition and fair, Art on the Vine.

Check out Davis’s picks and commentary below.

On “Levitate” by Jamea Richmond Edwards 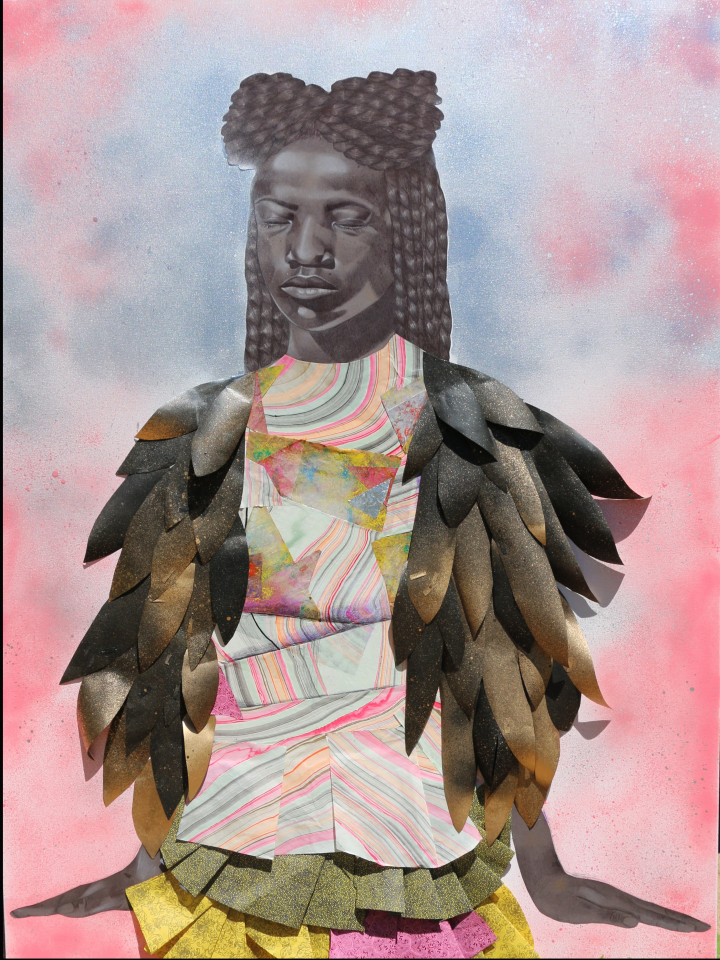 “What struck me about Jamea’s work is how she repositions the black woman’s figure. A lot of the women in her family were drug addicts in Detroit and she uses them as inspiration. In her work, she puts them in a better light with angelic poses and uses of iconography. I love the wings and the colors are so vibrant and peaceful. Yet it is juxtaposed with the face where her eyes are closed but still strong and powerful. This piece inspires me with hope and makes me think I can still move forward.” 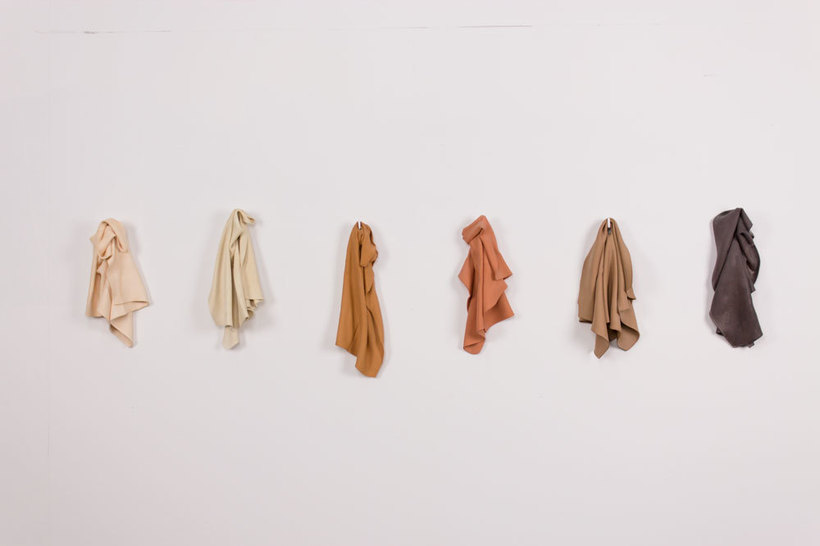 “As we deal with the issue of immigration, we are reminded by this work that so many of the people who occupy the U.S. are immigrants. The work can speak to that issue as all of the pieces have been manipulated from their original form. To me, the different hues of the various pieces translate to everyone coming together and embracing diversity.”

On “To Impart, To Receive” by Holly Bass 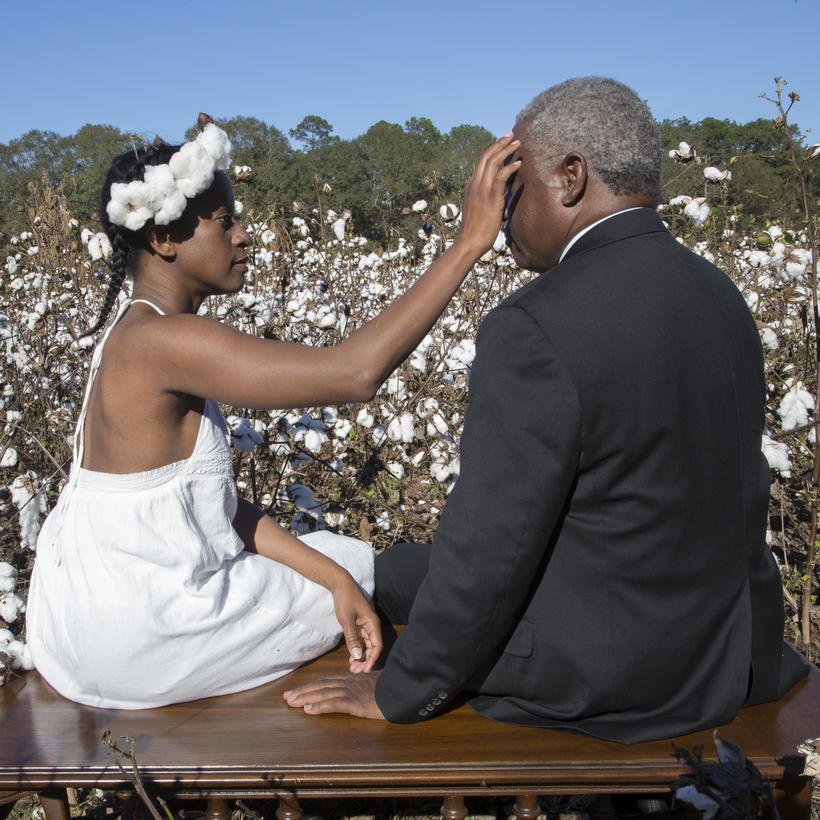 “This is an image of Holly and her father. Holly’s father told her a story about when the family was sharecroppers in the 1960s. At 15 he picked 23 pounds of cotton and only received $7. Holly decided to shoot this image in the same field where her father picked cotton in Georgia. When I think about this series I think about generations, history, the wisdom of our elders, and the progression of time. From her gaze to him you see that connectivity between generations and the importance of listening to the elders in order to move forward. Under the current Trump administration, this image is a reminder of resilience. Things will be hard and difficult but we can leverage the past and our lessons learned.”