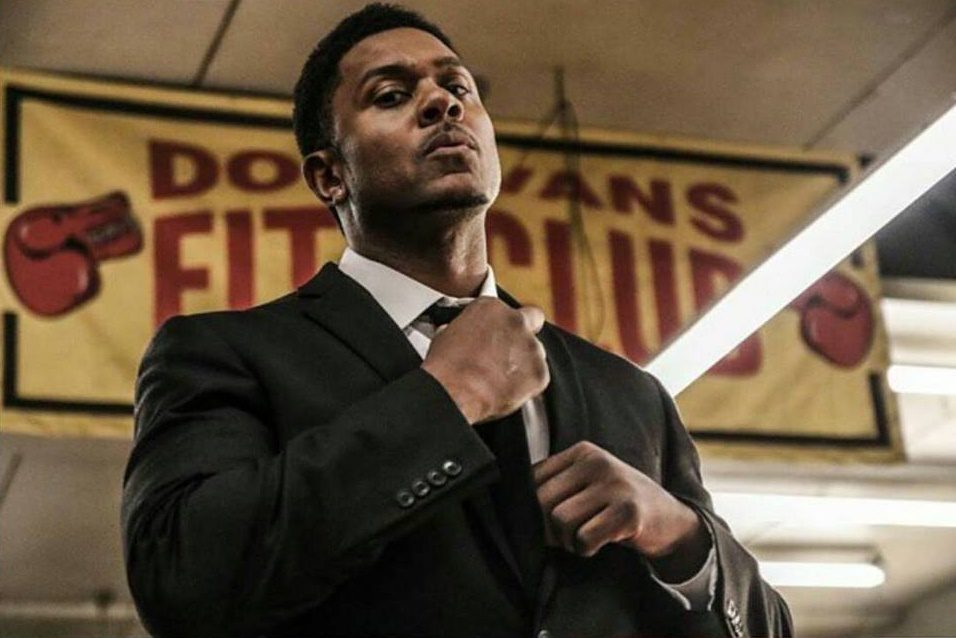 Self-proclaimed “family man” Pooch Hall is opening up about his home life.

“The Game” alum debuted his new made-for-TV film, “Media” on TV One on Saturday, Feb. 25. In the film, which explores the drama and secrets behind the powerful Jones family, the 40-year-old played the hotheaded eldest son, who struggles to manage the challenges of keeping their dynasty at the top of the communications industry.

Ahead of the premiere, Hall dished about his latest role with People. “My character [Clay Jones] has a little bit of Godfather dynamic, as far as making sure his family is good,” he said. “The Jones family is about unity, strength, power and understanding how to stay on top. I hope when people watch ‘Media,’ they walk away with a new definition of what it’s like to be a not so perfect but proud African American.”

As an actor and father of four children — Djanai, 18, Djordan, 8, Djaeda, 10, and Djulian, 14 months — Hall can relate to juggling real-life challenges. “As far as me, being an actor and a family man in this world that we are working in … it’s never going to be easy,” he says.

But when it comes to the parallels between the fictional Jones family and the real-life Hall family, he quips, “Both families aren’t playing around.”

Hall’s daughter, Djanai, has cerebral palsy. In support of their little girl and other special needs children, the 40-year-old and his wife, Linda, founded inClusion ClubHouse, a nonprofit that provides “a safe and fun place that fosters opportunities for education, socialization, and independence in a recreational setting for families of those with special needs,” the website states.

“I want my daughter to have as much normalcy as possible. And other parents, who really wish they can have this for their daughter, or son, where they experience and exercise their normalcy in the world that we live in. … It’s real work,” he says about his family’s efforts to support the special needs community.

Hall went on to express his excitement over creating a safe place — a space of equality. “I think I’m mostly excited about her being equal and her being like, ‘You know what? I’m equal,’ ” Hall explains. “My daughter, Djanai, is not looking at herself as I’m different. She will go, ‘OK, I’m part of this world and I am equal.’ She’s not looking at [it] as far as I can’t walk or talk. My daughter is super fun, super dope.”

Up next, Hall and his wife will host a Celebrity Karaoke Night in L.A. to benefit their organizations, with proceeds going toward programming for children with special needs as well as a building fund to open inClusion ClubHouse.