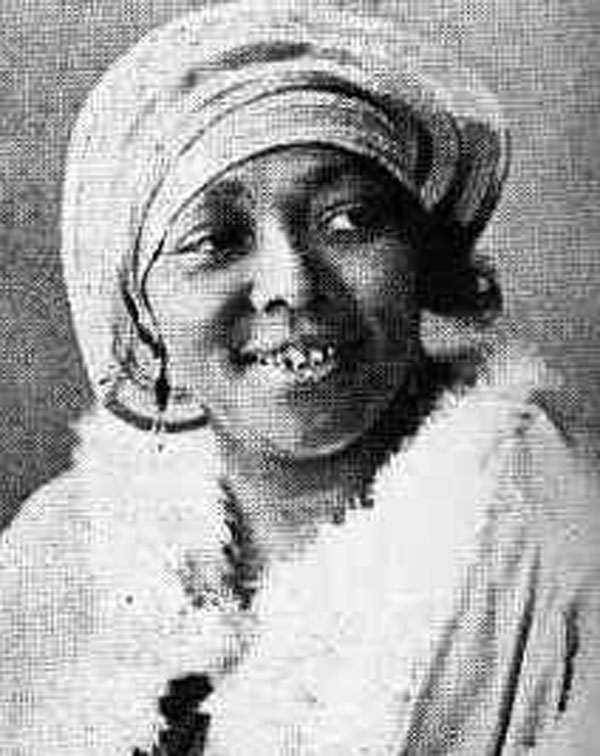 The beef between Nicki Minaj and Remy Ma set social media ablaze after the now infamous “shEThER” diss track released by Remy Ma. Both women have displayed skills in laying down hits with raunchy lyrics but they were not the first. In music history, to see this kind of salacious content, you have to go way back to a Black female blues artist named Lucille Bogan, aka Lil’ Bogan, and the 1920s and 30s.

She was born in Amory, Mississippi in 1897 and raised in Birmingham, Alabama. She married her first husband, Nazareth Lee Bogan, in 1914 but later divorced him for a younger man. She was well known in the early days of what was called the “Chitlin Circuit” of Black music. The name derived from the fact that performers were paid low wages and subpar food for performing. In 1923 ,she began recording songs on the iconic Okeh Records label and came out with a string of hits.  In the same year, she made music history by recording “Pawn Shop Blues” in Atlanta, which was the first time a Black blues singer had been recorded outside of New York or Chicago.

Recording under the name Lil’ Bogan or Diamond Lil’ Bogan, she became famous for her lyrics so dirty that they cannot be played on the radio today. Her most famous song was “Shave ‘em Dry” (1935). The edited lyrics of the song are as follows:

I fu–ed all night/And the night before, baby

And I feel like I wanna f–k some more/Oh, grind me honey/Shave me dry”

But Bogan didn’t stop there with her racy tunes. She also recorded a song about Black lesbians titled “B.D. Woman Blues,” in which she states:

The list goes on and Bogan was one of the most recorded blues singers at the time. She died in Compton, California on Aug. 10, 1948 at the age of 51. Her early death was caused by coronary sclerosis.