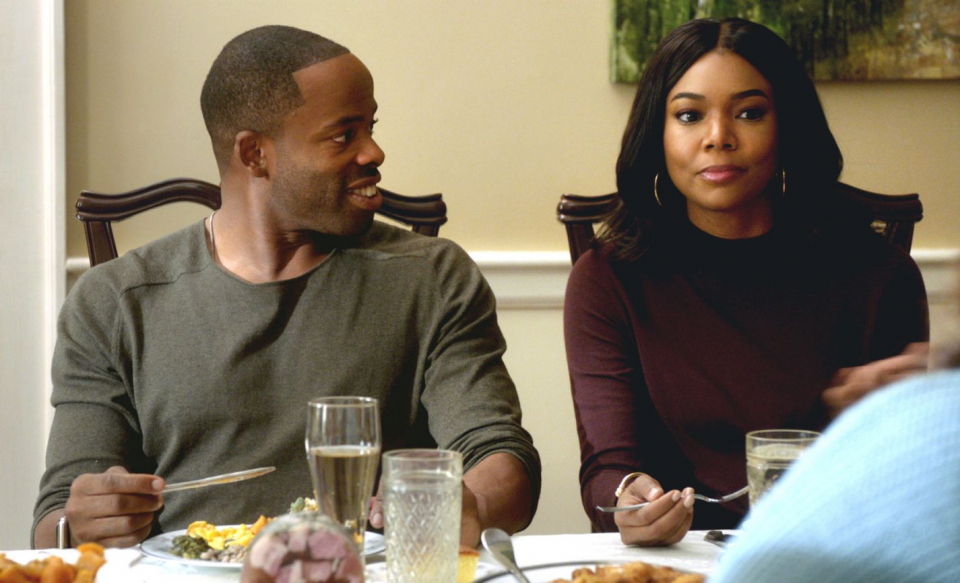 BET’s “Being Mary Jane” has been tackling real life relationship issues all season long as our heroine Mary Jane Paul (Gabrielle Union) finds herself in a real relationship with a British man named Lee. Fans have watched the couple jump several hurdles, including the fact that the relationship started as a planned one-night stand to Mary Jane’s often self-absorbed, self-sabotaging habits that have ended most of her promising previous relationships. Mary Jane’s sexuality has been a common theme during all four seasons and it’s no surprise the topic reared it’s head again last night, ending in our heroine being labeled as a “step-MILF,” an urban cultural term suggesting a potential stepmother has tremendous sex appeal.

During Tuesday night’s episode, viewers waited with baited breath as Lee’s children flew in from England to spend time with their father and meet Mary Jane. She did the stereotypical girlfriend bit, plying the kids with gifts and tourist opportunities. Of course, meeting your boyfriend’s foreign teen children has to be stressful, but Mary Jane seemed to be taking everything in stride until she caught Lee’s son having a private moment with a pair of her underwear.

The writers of “Being Mary Jane” have not disappointed this season, but even I wasn’t prepared for this scene. Mary Jane’s embarrassment multiplied by the son’s painful humiliation made for a rocky introduction. After sharing the experience with Lee, he explained that teenage boys are attracted to most attractive women and that it was perfectly normal. He suggested after being treated like a son by Mary Jane, the boy would start to see her less as a sex symbol and more as a mother figure. Mary Jane, like most women, was low-key flattered by the boy’s fantasies but Lee assured her the praise was less personal and more physical.

I’m assuming this is a very common issue with women, especially Black women doing everything within their power to maintain their youth and sex appeal. Today’s culture celebrates 45-year-old women whose bodies rival 25-year-olds, so it goes without saying that there are dads out there with girlfriends their sons would love to date. Gabrielle Union herself is 44 years old, so she embodies the description entirely, as she is stepmother to Dwyane Wade’s young children.

One thing is for sure, today’s stepmother looks nothing like the Carol Bradys of the past. Kudos to BET and the writers of “Being Mary Jane” for raising another topic affecting the African American family that deserves an open conversation.