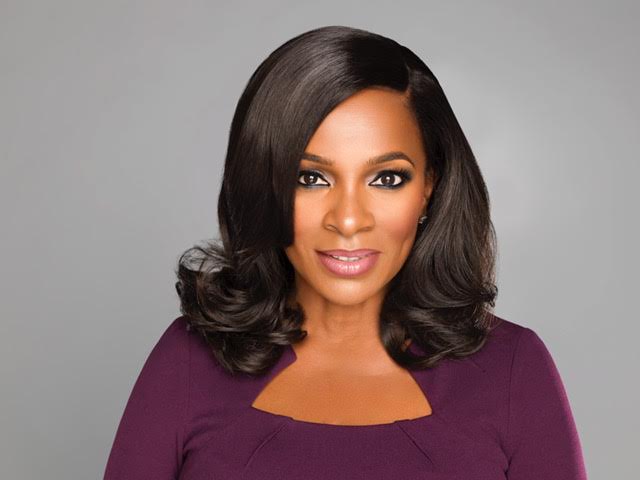 Veteran actress Vanessa Bell Calloway is turning 60. To celebrate her upcoming milestone, she recently launched her This is My Sexy Sixty campaign, which empowers women to embrace their beauty at all ages.

As Calloway shares her story, she is inviting women to share their personal testimonies of maintaining spiritual, mental and physical wellness.

Calloway currently stars as Lady Ella Johnson in Bounce TV’s hit series “Saints & Sinners“ and is back for season 2. “I think it just went up on steroids. You see these characters really struggle this season,” she says. In addition, she’s landed a recurring role with the cast of “Survivor’s Remorse” on STARZ.

What sparked the idea to come up with your This is My Sexy Sixty campaign?
The reason I thought about it is because I am celebrating my 60th birthday this month. I felt for years women get penalized for aging, especially in Hollywood. Women enjoy being young, but God willing one day they will get older because the alternative is death. I don’t have a problem aging. It’s almost like we become disposable after we get older. I am turning 60 on March 20 and I’m proud of that and I am grateful to God that I am able to make it to that age if he’s willing. I am trying to encourage women of all ages, sizes, and colors to know that it’s not about how thin you are or how rich and beautiful you are. It’s about standing in the space that God has created for you at whatever your moment in time is, embracing who you are and loving yourself. We have to understand that age is a privilege; it’s not a given because it’s a gift. Instead of hiding and lying about your age, speak up and say who you are. It’s about being your best.

At almost 60, what advice would you have given to your 20-year-old self?

Well, a piece of advice I’m glad I did give myself was to listen to that voice within. I learned that at around that age. If you listen to that inner voice saying, “If it looks like a duck, if it walks like a duck, then it’s a duck” that inner-voice never leads you wrong. I learned that in my twenties to really just focus inward and let the universe and God speak to me. That has really helped me in a lot of ways as I grew older. Also, not to be afraid of being assertive at that age. Young women try to be so pleasing and we’re always apologizing. Although I was very strong and confident in my twenties, I wish I could have been even more so. The older you get, the less you care.

I recently learned you are a breast cancer survivor. You were very vocal about not letting the illness consume your happiness. What did you do to stay positive and find your inner-peace?
First of all, the power is in taking care of yourself and the one reason I could have that attitude is because I could go to the doctor on a regular basis. I was lucky that I caught it in the early stages. I always felt like I had something to look forward to. I had a friend who had heart surgery and I was trying to share with her my whole philosophy of how I healed. What really helped me through the procedure and the healing was that I had something to look forward to. Instead of living in the moment and being depressed about what happened; I said this month next time I will be… I kept just looking ahead. I forget I had breast cancer unless people remind me about it.

As women, we often focus on physical health, but often ignore the importance of nurturing our mental health. What are your thoughts on the subject?
It’s important because it’s equally as attractive or unattractive as the way you look. You see a beautiful woman and then you talk to her and she doesn’t have her head together then all of sudden she is not so pretty. As my mom says, “Pretty is as pretty does,” and that’s true. I think part of the problem is a lot of people fall into these fallacies we’ve been fed on for all these years or the mishaps they’ve had in their personal lives. Instead of overcoming the insecurities and doubts that they have about themselves they buy into it. Something that happens to adults is that we look up one day and things aren’t quite going the way we thought like the marriage didn’t work out or we’re unable to have children. All these things come and instead of trying to stay as positive as you can and move forward we let it start eating us away like a cancer and that’s when our mental health starts to deteriorate. You have to first recognize that there is a problem and fix it.

For women interested in participating in the campaign, where do they sign up?
They can send in a photo that they like www.howdoyourockyourage.com with their name, age and what city they’re from. Also, a few lines about how they rock their age. I rock my age with security, purpose, and beauty. However, you rock being who are at that age.

What’s going to surprise fans about Lady Ella Johnson in season 2?
A couple things that Lady Ella does is going to shock people, particularly in the first episode. You meet my mother this season and you’re going to understand a lot about Lady Ella after you meet her. You also meet my long lost son. It’s a lot.

Besides yourself, which actor in this production is going to blow people away?
I think Rex has quite a bit going on. People will be glad to see him do his thing.

If you had a magic wand, what role would you play next in a TV series?
That’s an interesting question. I like character-driven roles. I like roles where the character is very multi-faceted and intertwined with a lot of people. Roles where you have a full life and a lot to do in the show and not just one scene here and there. It would be hard to say a particular show that I want to do because those shows are already taken, so when I’m blessed with another show I hope it’s at the level of this one where the character is very strong, has flaws and probably a different profession, so that I can bring something different to a show.