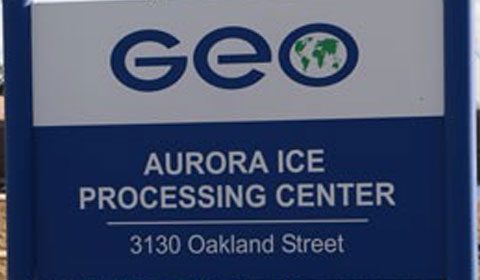 Because of President Donald Trump, thousands of immigrants living in the US illegally are facing an increased chance of arrest and deportation. The Canadian government is reporting an increase in illegal Canadian border entry to escape the crackdown. In the midst of all of this, a disturbing fact was uncovered about those who have been detained. Private prisons in the US have been forcing the detainees to work for little or no money while jailed.

The GEO Group owns several prisons across the US and has stated that they did nothing wrong. The company maintains that the inmates participated in voluntary work programs, which entailed among other jobs prison upkeep. However, a group of former detainees is launching a lawsuit that claims the company violated the thirteenth amendment of the US Constitution that deals with involuntary servitude. The inmates felt they had no choice in participating in the prison work program, despite what the company states. The low-cost labor resulted in an overall profit for the prison and now the lawsuit may extend to as many as 60K former and current detainees at the prison. Last month, a federal judge ruled that a class action lawsuit could go forward against the GEO Group.

The company operates a 1,500-bed prison under contract with the US Immigration and Customs Enforcement in Aurora, Colorado. GEO maintains the labor was a part of the ICE regulations that prisoners maintain a tidy living area. However, in court papers, lawyers for the detainees stated they were coerced to mop floors, clean windows, wipe down mattresses and clean up dining areas under the threat of solitary confinement. By relying on this free work, the lawyers contend that GEO is in violation of the forced labor provision of the Trafficking Victims Protection Act. Brandt Milstein, an attorney representing the plaintiffs, stated to media, “These immigrants came here to work to make a better life for themselves and their families. Then, when they’re caught doing so and detained, they’re told it was unlawful to work in this country. Then they’re forced to work for nothing in order to pad the profits of a private prison company.”