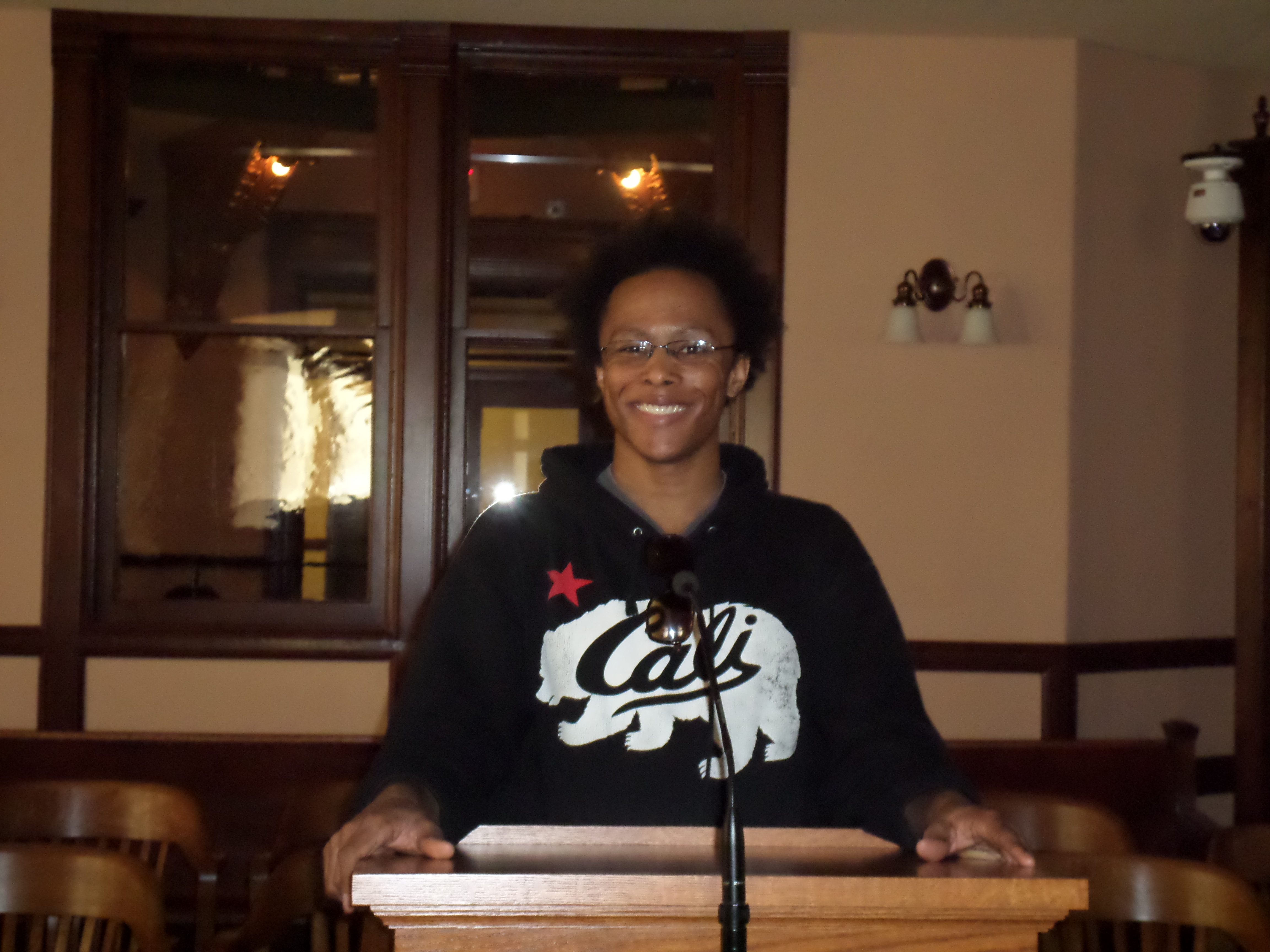 Searching one’s past is very often a telling experience.  Family history opens a world both good and unexpected. Things you may not have considered or may not have wanted to know come to the fore. You become researcher, storyteller, gatekeeper, and mystery-solver. Nahshon Anderson found this out researching material for a memoir she’s working on.

Researching your family ancestry, you found 1923 court records regarding your great grandmother’s murder case.  How painstaking was that and why was this important?

I have a passion for conducting research and have a knack for discovering invisible things. Growing up I heard the narrative of how my great-grandfather Precious Scott shot his wife Zephyr seven times, leaving my grandfather Obzine and his siblings orphaned in East Texas. My family owned one photograph of Zephyr and I enjoyed viewing it, although I couldn’t fathom what would fill a man with intense white-hot rage to drive him to execute his wife and the mother of his children.

Researching my family history has been an intense labor of love and tedious process that began a decade ago. In 2013, I discovered that Precious’ criminal court trial transcripts were available, which left me stumped. To be able to access documents from that era that would further give me a glimpse into my family’s history was amazing. It was vital for me to retrieve the documents and was a daunting task which included a trip to East Texas. Once I visited the court clerk in Marshall, Texas, she retrieved the original file. As I viewed it, I gleaned from the transcripts my great-grandmother Zephyr was a battered woman seeking a divorce. Since Precious could no longer have her, no man could. His defense was that he shot her while she was walking down a road with two men was because she drew her pistol first. Precious’ mother Fanny testified as did his brother John Dee Scott. For Zephyr’s murder, Precious received five years in prison. I was also elated to see the details had been archived on microfilm at the Longview Library.

The murder is one of the stories behind your research, but are there other reasons behind the investigation?

I wanted to locate Zephyr’s grave, which I have been unable to do. I was seeking information to determine if there were any slaves in my family and if my paternal grandparents the Scotts were descendants of the Scottsville family of Scottsville plantation in Marshall, Texas. I was attempting to retrieve accurate information in regard to why Dee Scott Road and Harry Smith Road were named after my two great uncles in Longview, Texas. Growing up my mother was teased by others who said her dad was White. He resembles a Native American and Hispanic male. He did not experience [the] things other African American men did due to his complexion. While residing in East Texas and traveling throughout the Mid-West in the ’40s through the ’70s he would often proudly say he never had to enter establishments through back doors. So I was also trying to determine if my grandfather had any Native American ancestry.

How influential was No Man’s Land, by Dr. Lila Rackozy, which commemorates the 100th anniversary of WW I and African American veterans from East Texas who served in the war to telling your story?

Professor Rackozy is influential in creating the traveling two-year exhibit No Man’s Land and sharing the over 11,000 African American male WWI veterans’ stories from East Texas and honoring them which involved my great uncles Private Emanuel Scott Jr. and Private Otto Smith of Longview Texas and great-grandfather Private Harvey Chaney Ratcliff and his brothers Sergeant Dell Ratcliff and Sergeant Eddie Ratcliff all of Beaumont Texas.

How useful were genealogical research tools Ancestry.com and Findagrave.com  in your study?

Without tools like Ancestry.com, I wouldn’t have had a head start on my research and been able to work from home. Through Ancestry, I discovered a family member had been deceased and their remains were at the Los Angeles county coroners’ office. Through Ancestry, a year ago, a landsman from East Texas representing Exxon Mobil contacted me seeking the heirs to my grandfather’s mineral rights. This was huge news, since his death in 1996 we were under the impression that he didn’t own anymore mineral rights. The landsman wanted my family to sign new leases for several years; they did and received several thousand dollars. I was also able to locate and contact distant relatives who lived in Southern California, whom my family had never met; upon meeting them they shared further stories and photographs. This past December after taking the Ancestry DNA test I was informed that I had 20 percent European ancestry, which came as a surprise. Findagrave has allowed me to locate deceased family member’s graves and honor my ancestors. I am currently in the process of establishing a future scholarship in honor of my grandfather Obzine Scott at my former high school John Muir in Pasadena for an artist, disabled, LGBT student or writer.