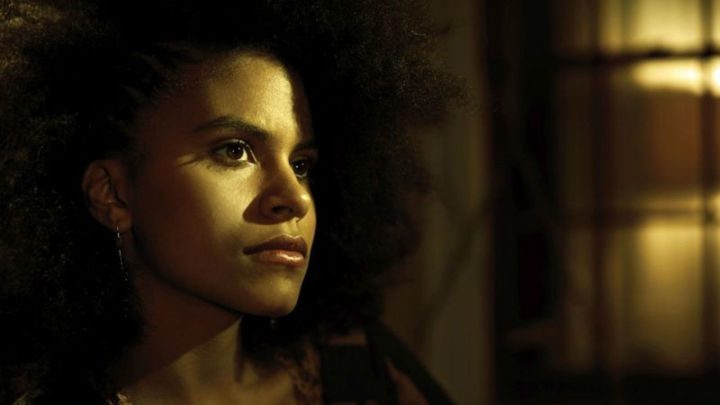 Deadpool 2 has landed its Domino.

On Thursday, March 9, the film’s lead, Ryan Reynolds, cleverly revealed that the “Atlanta” breakout star Zazie Beetz has signed on to play the raven-haired, blue-eyed mutant mercenary in the highly anticipated Marvel sequel.

Reynolds shared a photo on Twitter featuring a mosaic of domino tiles, spelling the name “ZAZIE BEETZ” in black dots that blended into the background. “Domino Effect,” the caption read, confirming reports that the German-born actress had screen-tested for the role.

Per 20th Century Fox, Deadpool “tells the origin story of former Special Forces operative turned mercenary Wade Wilson, who after being subjected to a rogue experiment that leaves him with accelerated healing powers, adopts the alter ego Deadpool. Armed with his new abilities and a dark, twisted sense of humor, Deadpool hunts down the man who nearly destroyed his life.”

Domino, whose real name is Neena Thurman, provides intricate insight into the Deadpool mythos, especially in relation to Cable (aka Nathan Summers), Deadpool‘s time-traveling mutant partner will also appear in the upcoming sequel, although the role has not yet been cast. Equipped with telekinetic powers, Domino is always one step ahead of her enemies.

For those unfamiliar with Beetz, in 2016, she landed the role of Van, best friend to “Earnest ‘Earn’ Marks,” an ambitious college dropout (Donald Glover), and the mother of his baby girl, on FX’s Golden GGlobe-winningseries, “Atlanta.” Little is known about her previous work.