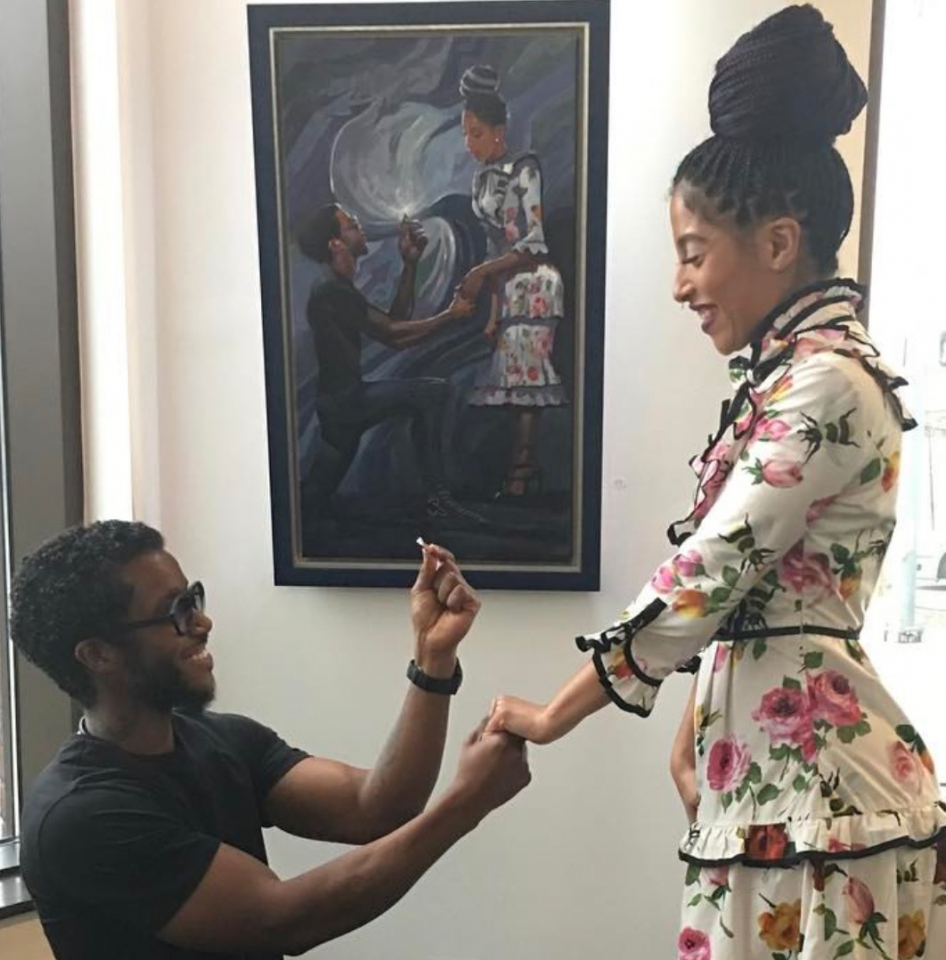 Aakomon “AJ” Jones has allowed the creative impulse that naturally informs his craft to inspire his plans to make it official with an engagement to the love of his life. Jones is a well-known choreographer who got his start dancing with Monica and TLC, later making a big splash in choreography with the R&B group 112.

In what may go down in history as one of the best proposals ever, Jones put his grand ideas in motion long before his vision of yesterday’s surprise came to fruition. First, he bought a beautiful dress to celebrate the early February birthday of wardrobe designer Tanja “T-Rex” Caldwell, whose fashionista bona fides include being a stylist and wardrobe designer for several top celebrities, film, television, music videos, award shows, and commercial editorials. Obviously, the dress was up to her standards.

Next, Jones commissioned a prescient work of art by Justin Bua, which depicts Caldwell in her birthday dress and even captures the hairstyle she would be wearing on the memorable occasion of their engagement. Bua, Caldwell, and Jones are all based in Los Angeles; however, it is not unheard of for the couple – he’s a Decatur native and she is a Spelman alum – to jet into Atlanta to spend time with friends and family including his popular natural hair styling sister. Known on her YouTube channel as Mahogany Knots, Kiki shared her brother’s exciting news with the world via social media. 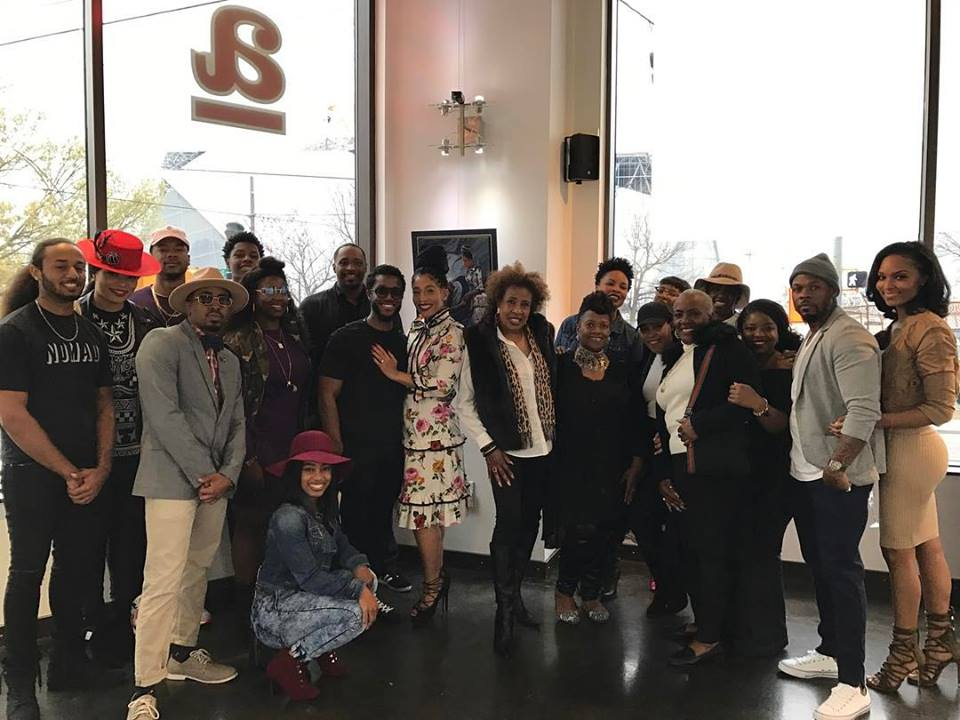 “What better place for a creative director/choreographer and a wardrobe/costume stylist to get engaged than an #artgallery?” Mahogany Knots posted. “@zucotgallery holds the largest collection of #blackart in the southeast!”

The proud sister shared a few pictures of the gallery and the couple’s friends who witnessed the magical moment, as well as the video of the bride-to-be saying yes both in real life and in perpetuity as the subject of an unforgettable work of art.


Posted in News 2 and tagged black love and relationships, engagement