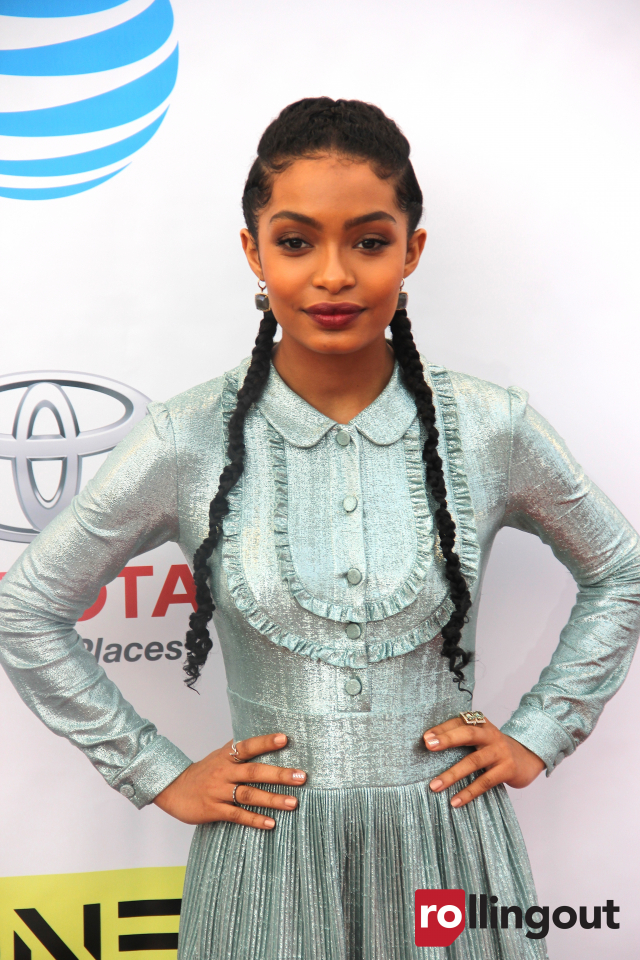 The teen actress, 17, who will be headed off to college soon, recently revealed that though the process of applying to schools was taxing, an endorsement from the former First Lady, Michelle Obama, made it ever so sweet.

Like Malia, who late last year got accepted to Harvard (following in her mother’s footsteps of attending the Ivy League school), Shahidi also plans to defer school for at least a year before hitting the books.

“I know when Malia Obama announced [she was deferring], she got a lot of slack, but I feel like what’s interesting is I know so many people that are deferring. It’s more than to just roam around or just sit down and stare at a wall, but it will also give me an opportunity to work,” she told People last October. “I’ve been working more than half of my life and that’s always been balanced with school and all of the other responsibilities, so to have a year to focus on work and to focus on specified interests will be nice before I pick a career and choose what I want to study and my life path.”

As for who inspires her, Shahidi announced that she looks to fellow “Blackish” costar, Tracee Ellis Ross and Solange for motivation.

“There’s so many different people for different reasons. I think when it comes to fashion and just her aura, I like Solange. And then also Tracee is such a great example. She went to Brown, she got her honorary doctorate from Brown,” said Shahidi per People. “There are so many people, who have found ways to balance school, life, career — all of it. And what I realized is that even with college, my wonder and desire to study sociology stems from the same desire I have to be an actor just in the understanding of humans and I realize that’s what I’m fascinated in — understanding humans.”

In case you missed it, Shahidi is shaping up to be quite the role model herself. In fact, she was recently honored at the 10th Anniversary of the ESSENCE Black Women in Hollywood Awards where she accepted the Generation Next award for serving as a positive voice for both her community and the youth.