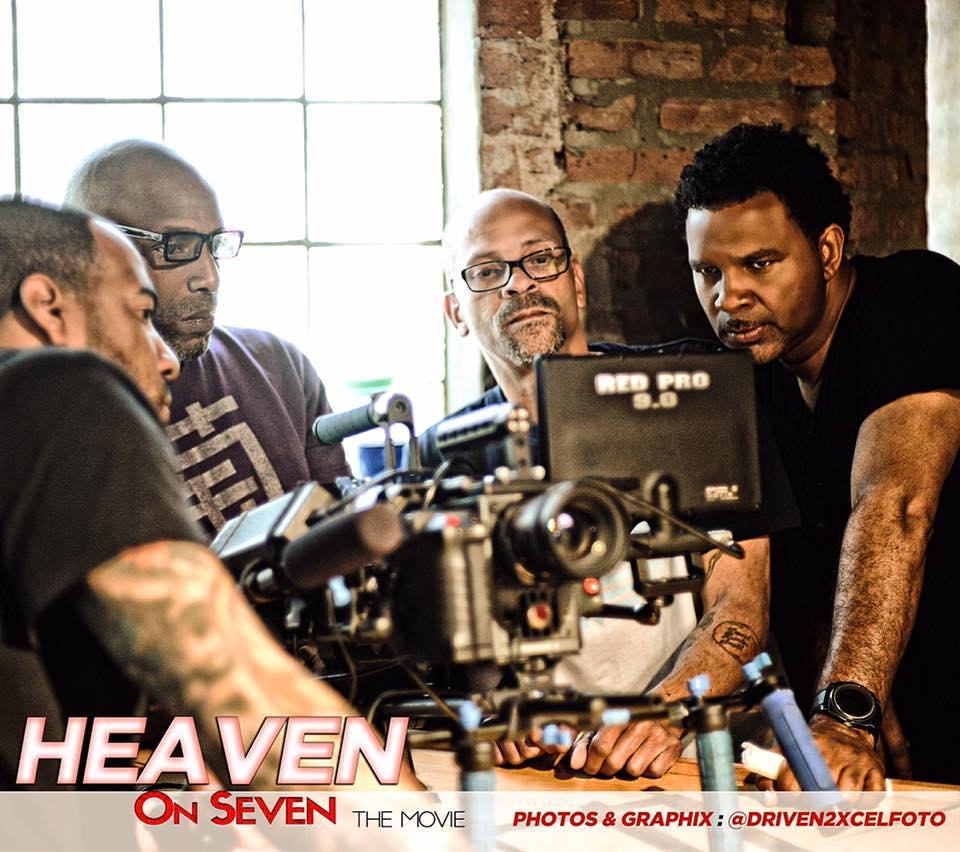 What is the name of your production company?

How did you transition from comedy to filmmaking?

I always had a love for movies since a kid from comedies, dramas, action and even musicals. So, of course, I wanted to be in them as far as I can remember. I began doing stand-up at a young age to segway myself into film such as the greats have done like [Richard] Pryor, [Eddie] Murphy and [Chris] Rock. What gave me motivation to wanna write, direct and star in my own films was receiving a “No” in an audition for the movie Barber Shop filmed on the South Side of Chicago. Instead of being disappointed about not getting the part but I saw the power of production on the other side of the table inside the room. I was invited to come back as an extra and I did for one day but then discontinued going to go home and write my first screenplay, I’m In Love With a Crackhead.

How many films have you made?

I have written and produced four films.

What were their titles?

I’m in Love with a Crackhead, A Get2Gether, Past Due and Heaven on Seven

How long does it take you to write a screenplay?

To complete a first draft would take me 3 to 6 months but with revisions to reach the final draft could take a little over a year. There are still screenplays I’ve written years ago that I go back to today and revise to make current.

Where can people see your movies?

I’m in love with a Crackhead and A Get2Gether can be seen on a new streaming network called Laugh Right Productions that launches on April 2, just go to www.lrpnetwork.tv to watch my work.

Who were some of the people you’ve worked with?

Well, it’s been many over the years but to name a few, Bernie Mac, Cedric The Entertainer, Ricky Smiley, Rudy Ray Moore, Steve Harvey,  DL Hughley, Common,  Lil Rel and Deray Davis. I put DJ Kid Capri in his first movie but the most memorable person I’ve worked with was Prince. Prince actually played his guitar behind me while I performed my poem I’m In Love with a Crackhead in November 2001 at the Metro in Wrigley home of the Chicago Cubs. Go Cubs!!!!

What is your current movie Heaven on Seven about?

It’s about a man named Warren Griffith who has grown up as a preacher’s kid and inherited his father’s church after his passing, not fully enthused and as experienced as his dad,  he loses members and gains a large amount of debt for the church Greater Hope Tabernacle. He allows his neighborhood friends to run a gambling spot in the basement of the church during closing hours and must keep it from his congregation, the newspaper journalist who he has romantic feelings for and a crooked alderman who’s determined to bring him down unless he pays up.

When is the film expected to be released?

Right now it’s just been submitted to the American Black Film Festival and will be entering others in 2017 and then a release will be determined once it’s gone through other film festivals to attract buyers.

I recently released a one-minute sketch comedy web series called “The Man Who Starred in over 10 Million Movies” where I wordplay on Hollywood movie titles from the past, present and future and you can find it and subscribe to my YouTube channel BColeFilms. I’m also a new addition to the Darryl Cooke Live show along with Tamera Fair on 106.3 FM Chicago every Sunday from 9 to 10 p.m. and I will be hosting The Glamorous Life Concert with Shelia E along with Morris Day and The Time on April 1, 2017, with more dates pending. I’m also in a stage play called Love and Heroes that’s playing at the Harold Washington Culture Center in late April.

Do you still do comedy?

Will all of your movies be comedies?

Actually, I have some noncomedic films to produce such as a drama I’ve written called “The Wild Wild Hundreds” a place I was raised as a kid on the South Side of Chicago. I’m now writing my first horror film called Director’s Cut which I’m planning on filming in summer of 2017.


Posted in Independent Films and tagged B. Cole