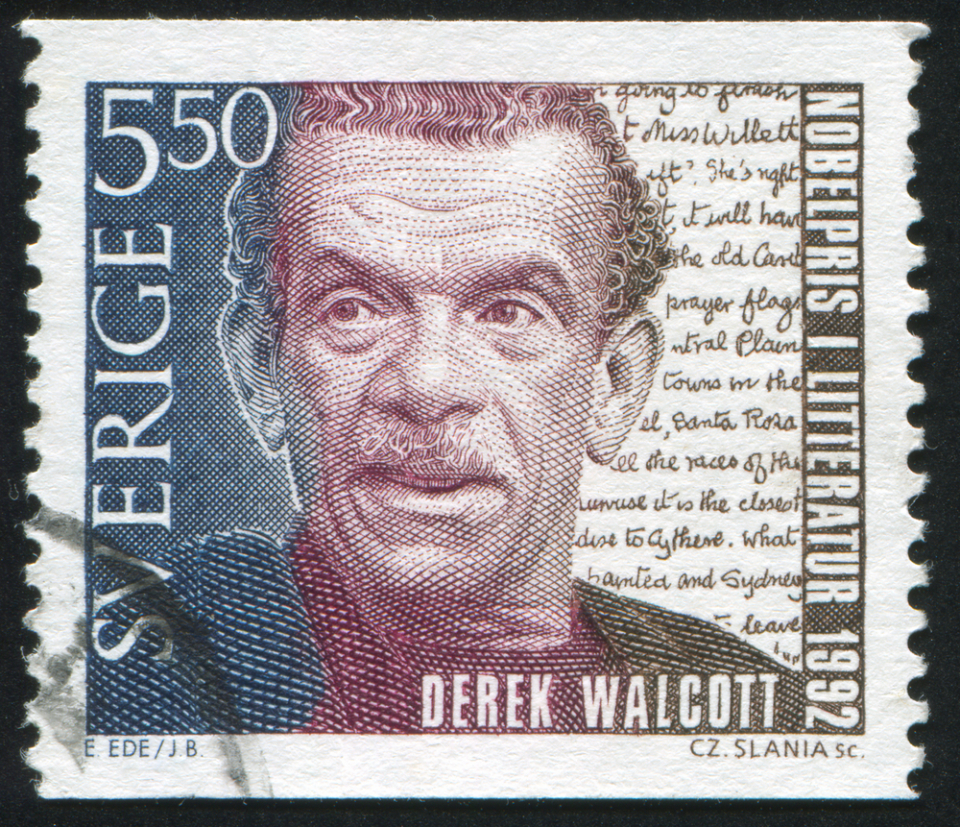 Walcott became the first Caribbean writer to receive the Nobel Prize in Literature when he won in 1992. He served as a professor of Poetry at the University of Essex from 2010 to 2013. His first published poem, “1944” appeared in The Voice of St. Lucia when he was 14 years old, and consisted of 44 lines of blank verse. By the age of 19, Walcott had self-published two volumes, 25 Poems (1948), which he sold on street corners, and Epitaph for the Young: XII Cantos (1949), both exhibited a wide range of influences, including T. S. Eliot, and Ezra Pound and William Shakespeare. Walcott’s mother read poetry to him when he was growing up. “Omeros” (1990) is one of his most applauded works; an epic poem, it’s a retelling of the Odyssey in a Caribbean setting.

He founded the Trinidad Theater Workshop and wrote several plays produced throughout the United States: The Odyssey: A Stage Version (1992); The Isle is Full of Noises (1982); Remembrance and Pantomime (1980); The Joker of Seville and O Babylon! (1978); Dream on Monkey Mountain and Other Plays (1970); Three Plays: The Last Carnival; Beef, No Chicken; and A Branch of the Blue Nile (1969). A drama, Dream won the Obie Award for distinguished foreign play (1971). In 1981, he founded the Boston Playwrights’ Theatre at Boston University where he taught.

Walcott received numerous honors including a MacArthur Foundation Fellowship, the T. S. Eliot Prize, the Montale Prize, a Royal Society of Literature Award, and, in 1988, the Queen’s Medal for Poetry. In 2016, he was named among the first recipients of the knighthood by St Lucia for “exceptional and outstanding service to national importance to St Lucia” as the island celebrated its 37th anniversary of political independence from Britain.