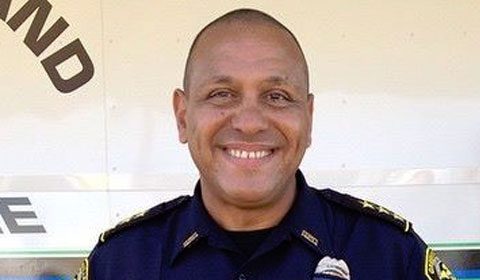 The former police chief of Greenville, North Carolina, is the latest victim of U.S. Customs officials because of his Muslim name.

Hassan Aden has been a U.S. citizen for 42 years and is a retired career law enforcement officer who served with distinction. But this did not stop a CBP officer (Customs and Border Patrol) to single him out when he arrived at JFK Airport in New York. Aden is a frequent international traveler and was returning from Paris after celebrating his mother’s 80th birthday. But he was stopped due to the atmosphere created by President Trump.

According to a lengthy post on his Facebook page, the officer asked him if “wWas he traveling alone” and then stated, “let’s take a walk.” He was then taken to a small room and was interrogated by the officers. He explained his profession and the fact that he was a U.S. citizen but the officials stated that his name was used fraudulently by someone on a watch list and he had to be cleared with another agency.

While waiting, Aden stated foreigners were also detained but released in under 15 minutes in some cases while he, a U.S. citizen, was held an hour an hour and a half. He posted “I spent nearly 30 years serving the public in law enforcement. Since I retired as the Chief of Police in Greenville, NC, I founded a successful consulting firm that is involved in virtually every aspect of police and criminal justice reform. I interface with high-level U.S. Department of Justice and Federal Court officials almost daily. Prior to this administration, I frequently attended meetings at the White House and advised on national police policy reforms-all that to say that if this can happen to me, it can happen to anyone with attributes that can be “profiled”. No one is safe from this type of unlawful government intrusion.”

Eventually, another CBP officer came on duty and became concerned with Aden’s detention. He stated that she started making calls and demanding answers and he was eventually cleared for entry. To add irony to the event, he had to make catch another flight and had no issue because he had TSA pre-check clearance.

The event was emotional for Aden and he wrote, “This experience has left me feeling vulnerable and unsure of the future of a country that was once great and that I proudly called my own. This experience makes me question if this is indeed home. My freedoms were restricted, and I cannot be sure it won’t happen again, and that it won’t happen to my family, my children, the next time we travel abroad. This country now feels cold, unwelcoming, and in the beginning stages of a country that is isolating itself from the rest of the world — and its own people — in an unprecedented fashion. High levels of hate and injustice have been felt in vulnerable communities for decades — it is now hitting the rest of America.

“I have contacted my U.S. senators, and my contacts at the NYT and other media sources to continue to tell the story of what is happening in the United States of America.”