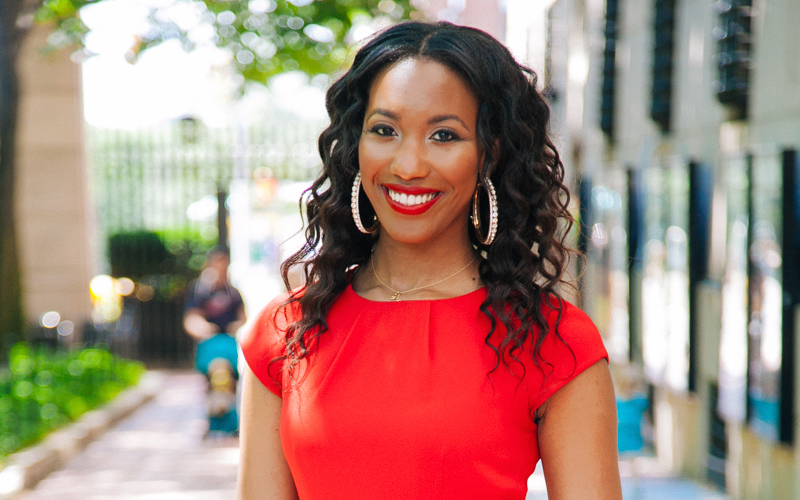 Joi-Marie McKenzie’s buzzed about The Engagement Game is finally out. Her memoir, which was featured in People and Essence magazines, details the bumpy road to getting engaged. We had some questions for the author.

Can you share what inspired you to write such a revealing book?

I didn’t set out to write a revealing book necessarily, I just wanted to tell my story truthfully. In fact, I didn’t know I was writing a book when I started. I’ve kept a journal since I was 8 years old and so I’ve always used writing as a way to express my frustrations and to celebrate my joys. It’s very cathartic. So it was a random Friday night and I was watching another episode of “Say Yes to the Dress,” and I was frustrated in my five-year relationship that seemed to be stalling. I got up from the couch and I just started writing and the next thing I know, I had written 20 pages.

I was very adamant about speaking my truth, especially as a Black woman. I wanted to showcase the fullness of my humanity because we don’t have many well-rounded representations of us in popular culture.

You’ve said you shared your early draft with your mother. Can you share how having such a successful, dynamic and spiritual mother informed your views on marriage?

A lot of people have asked me, “Why does marriage matter so much to you?” And I totally get it; marriage is not a goal for every person and that’s OK. But for me, marriage is super important because I grew up in a household where I saw my mother have an amazing, fulfilling career and also come home and be a wife and a mother. It wasn’t always easy. It wasn’t always perfect, but I saw the possibility. So when you grow up and you see that it’s possible in practical and mechanical ways, you sort of say to yourself, “Yes, I can achieve this. I can emulate it. I want it for myself.”

What was your relationship epiphany?

I finally understood in my bones, in the deepness of my body, that I am enough. I was dating a person who loved me and cared for me but also wanted me to change. Sometimes, the people that we choose to love can be very well-meaning in wanting you to be different than you are, but if you can’t be your full and complete self then the relationship is a waste of time.

I had to stop seeing myself through the lens of men and stop measuring my worth based on if they deemed me marriage material or not. I’ve learned to have the courage to become the authority on me. It is a knowing that cannot be shaken. I had to truly know that I am enough with or without anyone. I am complete. I am whole. I am good. 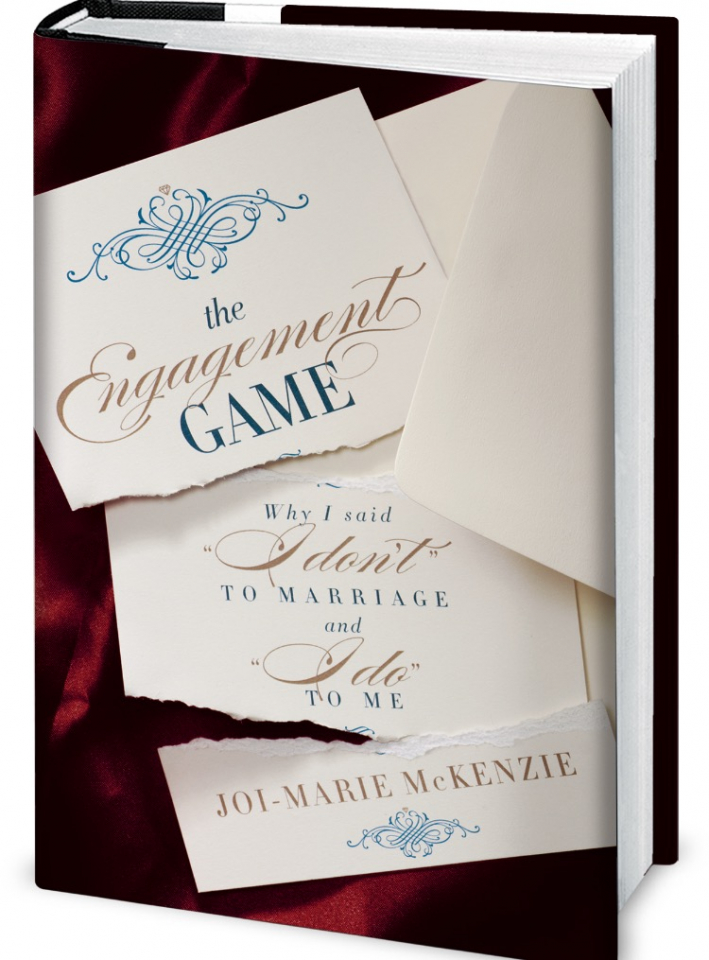 What do you want women to take away from your experience?

I hope my memoir sparks honest conversations. In my job at ABC News, I interview people who have recently become engaged probably every day, and I often ask them, “Who did you go to for advice on getting engaged or married?” Oftentimes, they’ll say I didn’t talk to anyone about it or I spoke to my friends about it instead of like their elders, who probably have mountains of wisdom within them. And so I feel like it’s an important conversation we’re not having. Part of that reason is [the] shame, right? Society tells women that they should be ashamed that they desire marriage, but it also encourages them to marry. But if you want marriage don’t tell anybody you want marriage because then you’re desperate or pressed or something must be wrong with you that you’re not already married. And so I think that we need to break those bonds of shame and actually have these conversations about what some may call the most important relationship that you’ll have.

Are there any insights for men?

It’s funny. I’ve talked to several of my guy friends about early versions of the book and all of them have said, ‘Wow, I thought men had it hard and I see women have it a lot harder.’ It’s not a competition about who has it the worst in relationships, but I do think the memoir allows men to have a better understanding about what it is that we really go through. One of my guy friends has a lot more empathy for his girlfriend now and wants to have more open conversations about the timing of their lives, you know, when they plan to marry.

Marriage has come a long way from our mothers’ generation. It is indeed more equitable, but that equity stops at marriage’s inception — the engagement process. Because society still tells women that only men can propose. People will look at you crazy if you say, “Hey, I just bought a ring and I’m going to propose to my boyfriend.” And so I hope this book allows us to sort of challenge those gender roles. If we say that we have equal partnerships, let’s really put that into action.

I don’t want to spoil the ending of the book, but it ends with me at a wedding. Not much has changed since that scene. I don’t mean to be coy, but — God is good — I’m happy and in a very fulfilling relationship.