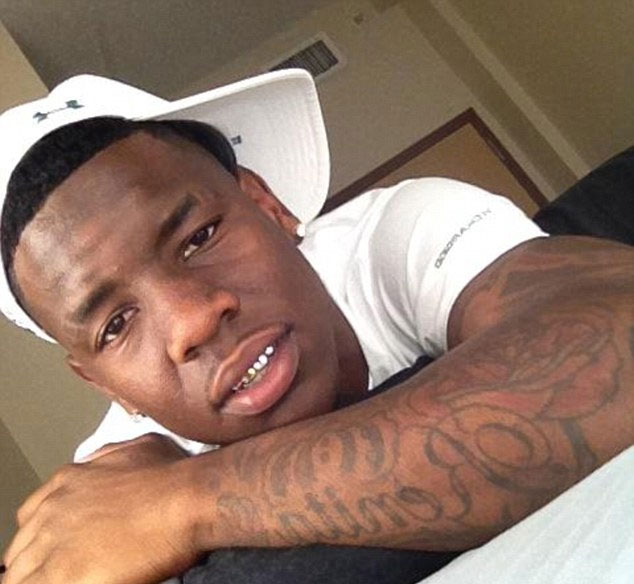 An alleged case of road rage has resulted in the shooting of a football player from the University of South Florida in Tampa over the weekend. According to police, on Saturday, Hassan Childs, 22, got into an altercation with a man identified as Jovanni Jimenez, 26, at the Eagles Point Apartments at Tampa Palms. What started the incident is unclear and it grew so heated that Childs was shot by Jimenez, who called the police to report the shooting.

Police state that Jimenez claimed Childs pointed a gun at him while he was in his car with his wife and child. In response, Jimenez pulled his own weapon in self-defense and shot Childs three times hitting him in the upper arm and chest. Childs was transported to a local hospital and is listed in stable condition. The case is still under investigation and the Hillsborough County State Attorney’s Office will determine if any charges should be filed in the shooting.

USF head coach Charlie Strong said in a statement, “Thankfully, Hassan is in stable condition and being well cared for and no one else was injured. There is an ongoing investigation of the incident and we are in the process of gathering further information. Out of respect for the integrity of the investigation, we cannot comment further at this time.”

Childs has no criminal record, unlike Jimenez, who was arrested in 2015 for misdemeanor domestic violence but was never prosecuted. Jimenez was also arrested in February 2012 on misdemeanor charges of opposing an officer without violence and later pleaded no contest. Florida has a controversial stand your ground law that has been frequently in the news. The most controversial incident was the shooting of unarmed Black teen Trayvon Martin by racist George Zimmerman. Zimmerman stalked Martin and shot him after being told to wait for police in Sanford, Florida. Martin was on his way back from a local store when Zimmerman killed the teen.