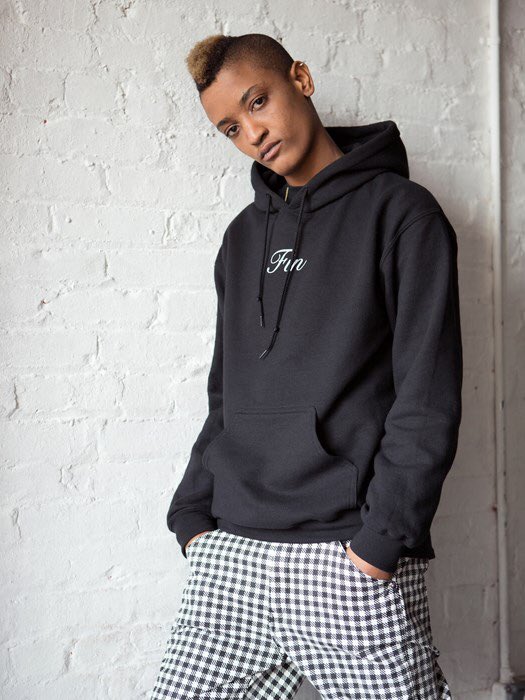 For an album titled Fin, the music on the debut solo album by Syd, frontwoman for Grammy-nominated group The Internet, seems to suggest everything except for an ending. If anything, Fin represents a rejuvenation; the super chill neo-soul album is the type that begs a follow-up effort in a few years, and during those years of anticipation, possibly a fourth album from The Internet to reestablish a talented group of musicians that is on a rapid rise to fame.

For many fans of rap and hip-hop, one of the genre’s most appealing characteristics is the sheer confidence required to make the music. It takes confidence to assert an unpopular opinion to the world, express vulnerability in a hyper-masculine genre, or even to pay homage to the past work of legendary artists. But the best artists do exactly that, time and time again. On Fin, Syd radiates with an unabashed confidence in herself, singing over continuously smooth neo-soul beats and allowing the listener a great deal of insight into the Sydney Bennett that is left when her band members are taken out of the equation.

The album’s opener, “Shake Em Off,” is a pretty straightforward message to her critics: “shake em off/ shake em off/ there’s nothing you can tell me, I’m grown/.” On “All About Me,” she makes it clear that she doesn’t take for granted the success that she and The Internet have achieved together: “Take care of the family that you came with/ We made it this far and it’s amazing/people drowning all around me/so I keep my squad around me.” And at a length of one minute and ten seconds, the concentrated sexuality of “Drown In It” is what makes the album a true R&B masterpiece, and the song serves as another illustration of the sheer boldness that makes the whole album worthwhile.

“Insecurities,” the album’s last track and its most honest, speaks to the reasons why a relationship from the past didn’t work out. Over a jazzy beat with choral overlay, she sings, “You can thank my insecurities/ They’re the reason I was down so long/ I’m hoping that you’re hearing me/ Or do I need a microphone.” On the surface, it’s a lament to a failed relationship, but the song is also a message to herself. As the album fades to silence, with Syd singing to her ever-present insecurities, it becomes clear that maybe instead of lamenting her insecurities, she is thanking them for giving her the proverbial microphone that we all sometimes need to find our own voice. And after hearing the strong confidence and conviction that she puts on display on Fin, maybe it’s time that we all start taking cues from Syd and using our insecurities as stepping stones to our own success.


Posted in Albums and Mixtapes and tagged neo soul, R&B, syd, The Internet