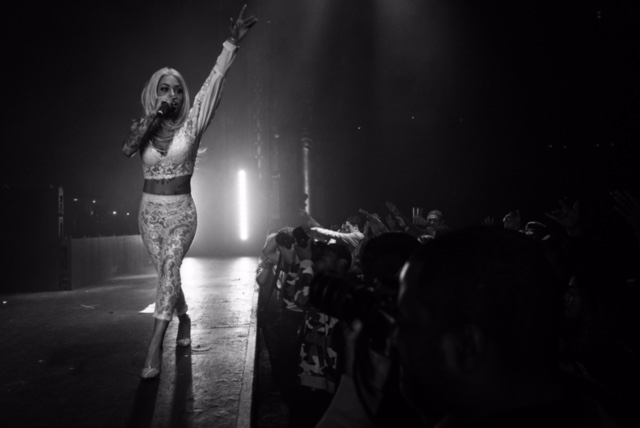 Singer Neisha Neshae is living life “on a cloud” while living her dreams through music. Within only two years of starting her music career, the 20-year-old has headlined major shows in Detroit, such as Detroit’s Summer Jamz, Big Show at the Joe and now, she’s been added to the line up of Big Sean’s I Decided tour. The trap songstress is set to tour in select cities including Chicago, Boston, Toronto, New York, Philly, Charlotte, Atlanta and Miami.

From experiencing physical and sexual abuse as a child to her mother passing away after incarceration, this life changing opportunity gives her a chance to gain a fanbase with those who can relate to where she’s been. Channeling hurt through her music, Neshae personifies the rawness that we all love and respect.

With the Detroit phenom Big Sean in her corner, Nesha has very little to worry about. Sean is set to executive produce her next project due out later this year. 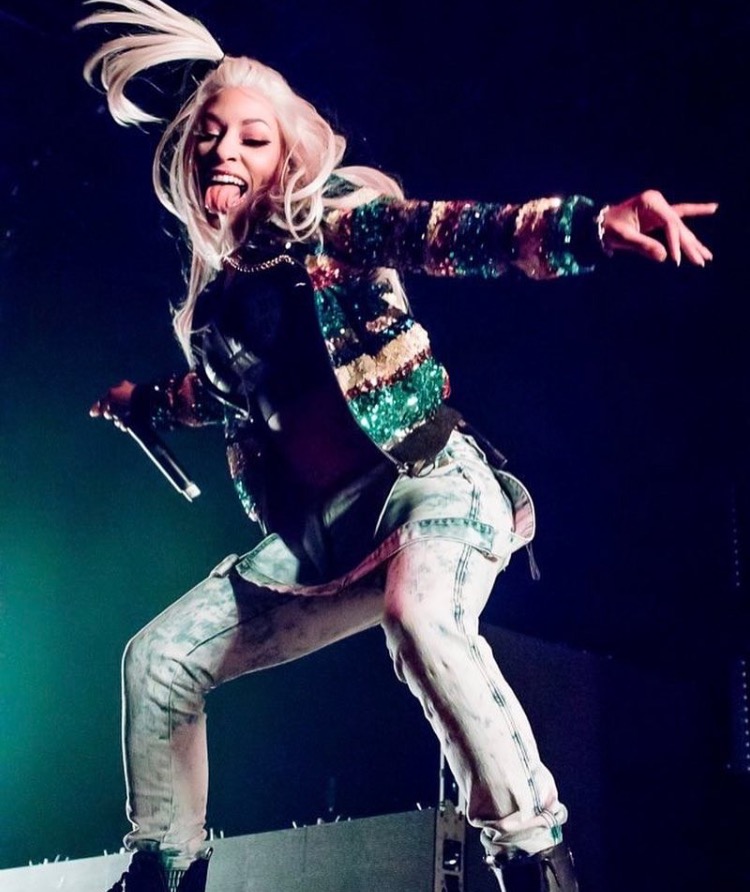 During the tour’s recent stop in Detroit at the Fox Theatre, Neshae’s energy was through the roof and inspiring. Performing “White Sticks” and her hit single “On a Cloud,” Neshae looked into the crowd, taking a moment to reflect with the look on her face of, “Did I really make it this far?”

Rolling out caught up with Neshae backstage before her performance. Read what she shared.

Congrats for gaining this amazing opportunity. I know this means a lot to you as well as your fans and supporters. How did this all work out for you? Was this planned?

It wasn’t really planned. We met Big Sean at the studio and we kicked it and we talked about him executive producing my album. I was in the middle of meeting with labels and stuff to see who I wanted to sign to, and we figured that we had to do something that was gonna catch me on fire first. So the tour is what came about from that … we just left Chicago and St. Paul, and we’re about to go to Toronto tomorrow. It’s a blessing. It’s my first big tour and I’m excited.

What cities were you selected to tour in?

What’s your relationship like with Sean? Did you ever guess early on that you would be part of a tour with big artists?

It’s crazy because nobody’s asked me that. I never really thought it would be Big Sean. He’s so humble, just like how he is with his music … real calm and he’s real chill and relaxed. It’s crazy how calm he is! You don’t wanna be too hype around him. Our relationship is very cool though, we kick it every time he has a show, we’re backstage choppin it up. He’s coool, like the best artist that I’ve met in the game. I’ve met French Montana, Chris Brown, DJ Khaled, but him, he’s humble. He makes me feel like I’m the greatest artist in the world and that is like the best feeling.

I know this has to be very monumental for you. What is the most important thing about this show tonight in Detroit?

I don’t want them to think that I will ever to forget about them. I want them to know that the energy will always be the same, it’s always gonna be the same love,  I’ll always come back. This isn’t my home town, but they’ve always supported and loved me since day one so I owe it to them.

What’s next for you after the tour? Are there more surprises you want to share?

I’m for sure dropping a project. As soon as i’m off tour we’re dropping new music. We’re about to drop the “White Sticks” video next week. We’ll probably do an EP and an album.

We recorded a little bit before. I actually did a “Moves” remix and another song called “Used To,” it’s a dope song . We haven’t really worked on an album yet together so, I guess the process will unfold in the process! I basically learned to indulge everything , you can’t go into monumental places like where I am today and be all hyped up and out of the moment. You have to be there, you have to embrace it and appreciate it and take the energy in. He taught me that if I don’t feel comfortable with doing something, then I shouldn’t do what anybody tries to press me to do … always follow my instinct.

The Fox Theatre is a historical venue. How do you feel about performing here?

I don’t know all the history or all the artists that performed here, but you can feel it when you walk through the door. People don’t get to do this. This is a once in a lifetime opportunity.

Being in the moment of every show thus far, have you gotten a chance to take a step back and realize how far you’ve come?

I cry about it a lot. It’s changed my whole life. Im still young, I’m only 20. I’ve lost a lot of friends. Over these past two years, I’ve been through a lot. I started doing it when my mom died three years ago. I take everything as a blessing you know. It’s a lot of expectations and stereotypes, but I keep going.