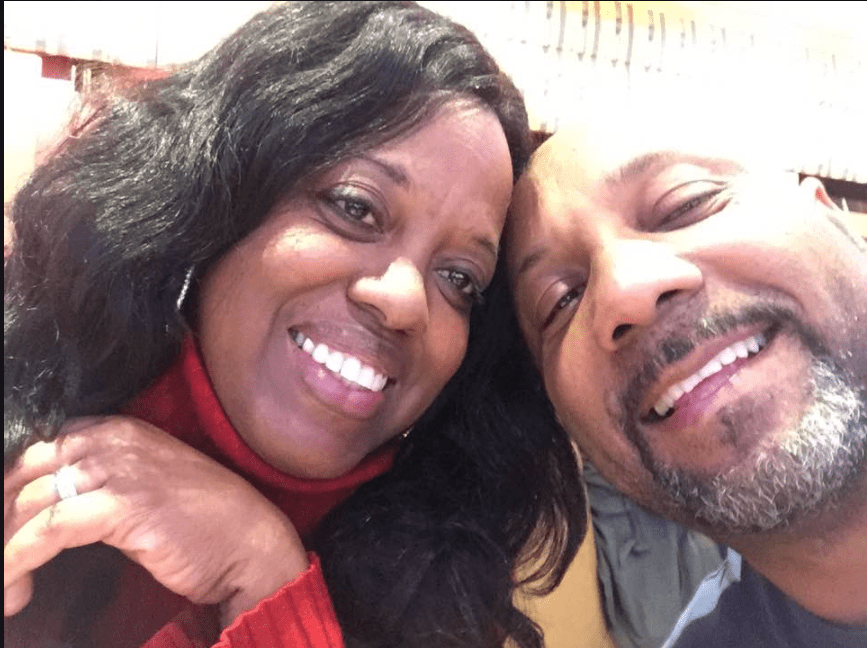 On Saturday, January 28, 2017, Karen Smith said “I do,” to Cedric Anderson. 53, at Bethesda Temple Church in the Hyde Park Neighborhood of south Los Angeles.

On Feb. 27, he shared a video on Facebook that was captioned, “I love being married to Karen Smith-Anderson! What I love about my wife — boy. She is making me really happy. She knows when to ignore me. It makes a happy marriage.”

On March 14, Anderson wrote a disturbing rant on Facebook following an episode of OWN’s “Greenleaf,” which he said he watched with his wife, Karen Smith, 53. He wrote in part (read the entire rant on the following page):

After watching Greenleaf with my wonderful little wife.

She finally understands me and why I feel the way I do about many Black Churches and so called Pastors, especially those to whom Church is their entitlement to the family business and community money pot.

God’s people are their slaves, servants or just some thing to use.

In the Black Church we have seen over the past 20 years an influx of former gangsters, pimps, hoes and the simple minded (who know they have no business being called a minister) starting churches and even organizations.

The result is most Black churches and black church organizations are filled with witchcraft. The people’s faith is so damaged that they wouldn’t know the presence of God if he stood on their heads.

It’s sad. Like the street gangs of our cities every pastor and church has their own banner or colors of Jesus.

I just pray for the and keep my guns close!

Today, April 10, 2017, less than three months into their marriage, KTLA reports Anderson walked into North Park Elementary, a San Bernardino, California elementary school. He reportedly claimed he was there to drop something off to Smith. He entered her classroom, pulled out a long-caliber revolver and opened fire. While he was targeting his estranged wife, who died at the scene, he unloaded a round that also struck two of Smith’s young students. One of the boys, 8-year-old Jonathan Martinez, died at the hospital, while an unidentified 9-year-old boy is in stable condition. Anderson reloaded and shot himself.