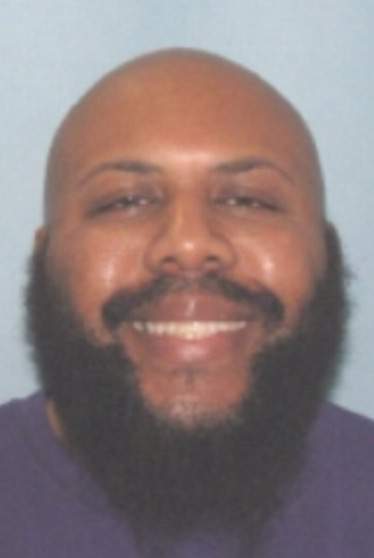 Steve Stephens, the alleged Facebook killer from Cleveland, is somewhere in the state of Pennsylvania as his cellphone may have given law enforcement clues to his approximate whereabouts.

Stephens’ cellphone pinged near Erie, Pennsylvania, which is about 100 miles east of his hometown of Cleveland, according to media reports. He’s been charged with aggravated murder for the execution-style killing of 74-year-old Robert Godwin on Easter Sunday in Cleveland, and uploading video of the fatal shooting to Facebook.

The local and federal manhunt — which includes the FBI and U.S. Marshals — has expanded to five states: Pennsylvania, New York, Indiana and Michigan. Cleveland police also told the media that Stephens could still be in Ohio.

Stephens is considered armed and very dangerous and very mentally disturbed, according to authorities. In one Facebook video rant that has since been deleted, Stephens said he has murdered more than 10 people, but no law enforcement agency has been able to corroborate his claims.

Stephens reportedly told his mother he began killing because he’s mad at his girlfriend, Joy Lane. Stephens reportedly made Godwin say the name “Joy Lane” before he pulled the trigger and killed the man in cold blood in broad daylight.

Lane, via social media, assured her closest friends and family members that she is safe and physically unharmed and is under the protection of law enforcement until such time as this tragic situation comes to its conclusion. Lane has shut down all of her social media accounts. However, she was able to communicate with CBS News and called Stephens a “nice guy.”

“We had been in a relationship for several years. I am sorry that all of this has happened. My heart & prayers goes out to the family members of the victim(s). Steve really is a nice guy … he is generous with everyone he knows. He was kind and loving to me and my children. This is a very difficult time for me and my family. Please respect our privacy at this time.”