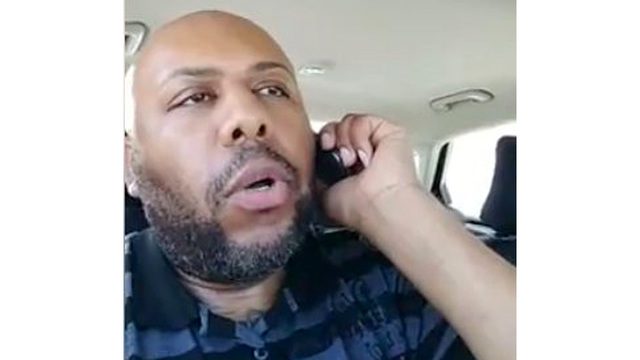 Steve Stephens is dead. During Easter weekend, Stephens went on a killing spree because he was upset that his girlfriend, Joy Lane, dumped him and he was dealing with financial issues. He killed an innocent man, Robert Godwin, and posted the video on Facebook. Before shooting Godwin, Stephens told him to say, “Joy Lane.” He then told him, “She’s the reason this is about to happen to you.”

Stephens was reportedly chased by police in Erie, Pennsylvania and shot himself. He was pronounced dead at the scene.

Stephens was the ultimate f—boy. He was the epitome of a coward, cornball and weak excuse for a man. He was the type of guy who would join a fraternity in college simply because he lacked the social skills to get women on his own. He felt the need to lean on the legacy of a prominent organization to make himself feel needed. But it still didn’t work. Regardless of how much he stepped or claimed to be a member of Zeta Omega, it could not erase his ineptitude.

Stephens was the type of f—boy who blamed women for his problems. At 37, he reacted like a 4-year-old toddler when things didn’t go his way. He blamed his ex-girlfriend, Lane, for not being in love with him anymore. She knew that he was a person unworthy of her time. But instead of walking away from the situation and finding a new woman, so that he could waste her time, Stephens’ weaknesses turned into violence.

Stephens was the type of f—boy who would blamed his mother for his problems. During his video rant, he said he talked to his mother, Maggie Green, and she didn’t care that he was suicidal. He was a grown man who wanted sympathy from his mother for having erratic behavior. His mother did not need to be burdened by his ridiculous thoughts and actions.

Stephens likely suffered from mental issues, but he was in a position to seek professional help. By working at the Beech Brook center as a case manager for children with behavioral problems, he had access to counselors who could have given him advice.

But when you’re a coward, cornball and weak excuse for a man, you blame others, kill innocent people, and then kill yourself. Stephens is the type of guy women should avoid and young men should never follow.

After 74 years of life, it was unfortunate that Godwin was forced to encounter such a pathetic human being.