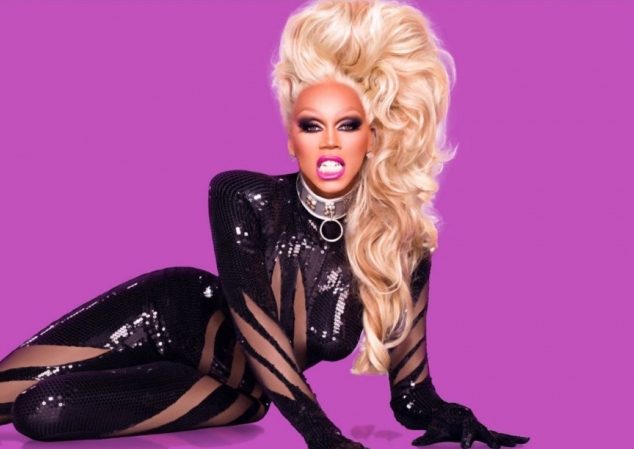 On Thursday, April, 20, Time magazine announced their 100 most influential people list, honoring Hollywood’s crème de la crème — artists, icons, leaders, influencers, pioneers and titans, who are “shaping the future.” Not to our surprise, included among the likes of Donald Glover and Chance the Rapper, was legendary drag queen and actor RuPaul. As someone who can rip the runway along with the best of them, it’s only fitting that close friend, Naomi Campbell, would be tasked with the honor of penning his story.

“I wanted to know where he was going because that was where I wanted to be,” she began, recalling the first time she saw the “Drag Race” host — it was in NYC, during the ’90s.

While it’s true, RuPaul can rock a pair of heels like nobody’s business, Campbell went on to add that above all else, his personality is even more beautiful than his appearance. “Ru was different. Not just because he had perfect, precise clothes and makeup, or because he was the only man I knew who could look that good in a wig and heels. There were no rough edges to be found,” she said. “But as I got to know him better, I got to experience firsthand his wit and his intelligence — he’s like an ­encyclopedia. And his beauty is far beyond skin-deep.”

The supermodel concluded by acknowledging the influence of his Emmy-winning reality TV show, “RuPaul’s Drag Race,” and what it means to the LGBT community. “It’s incredible what he’s done for the drag queens who compete on that show — bringing them out, introducing them to a mainstream audience and letting them be proud of who they are and what they want to be.”

Meanwhile, the famous drag queen revealed that “I learned early on — don’t take life too seriously,” he told Time. “There are things you should take seriously like loving yourself, allowing other people to love you, which is a big one. Most of the other things are really not that serious.”