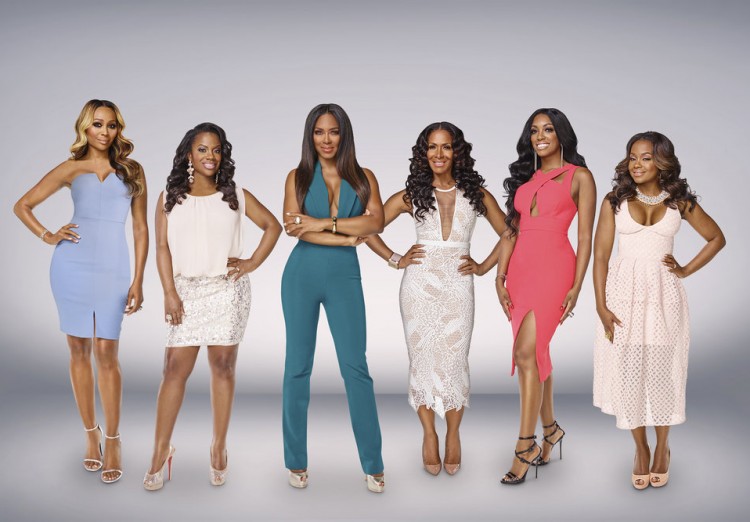 Porsha Williams’ best friends, Shamea Morton and Phaedra Parks, pop off like July 4th fireworks on each other during the latest episode of “The Real Housewives of Atlanta” reunion.

Morton, in turn, called Phaedra “chubby” and a “devil in a dress.”

This Sunday, viewers will see things really come to a head between the two when they finally face off.

Morton will start with her appearance on the reunion show by telling Williams that she told her not to trust Parks and once again bring up claims that she tried to holler at her husband:

Morton: I told you don’t go so hard for her. I’m just telling you to be careful. You don’t know where her vagina has been seeing as though she tried to holler at my ex.

Parks: Please stop saying that I was trying to holler at your ex…

Morton: I’m not talking to you.

Parks then lowers the boom by saying Morton “screws men at the St. Regis to get shoes” and wants Apollo (Nida), before Morton alleges that Parks been seeking out “rich Africans”:

Parks: Girl, you the one that’s going to the St. Regis, trying to get you a pair of shoes chile. Screwing anybody that will screw you.

Morton: I’m engaged. What are you doing?

Parks: Why you worried? You was trying to get at him [Apollo].

Parks: I don’t have to write letters. I’m divorced from him but you can get on him, girl.

Morton: You’re the one at Porsha’s mom’s house talking about, ‘Hook me up with an African, girl! Which one of them got money?!’

According to Williams, who at the time was still in a close friendship with Parks, she advised Morton to avoid spreading rumors about her friend:

Williams: I pulled Shamea to the side and told her that I don’t think she should do that.

And she sorta, kinda apologized for not defending her against Parks’ claims about her and Kandi:

Williams: When it came to Phaedra and what she was saying, I was caught up in the tea and what was going on and I was wrong.

See video, after the break.