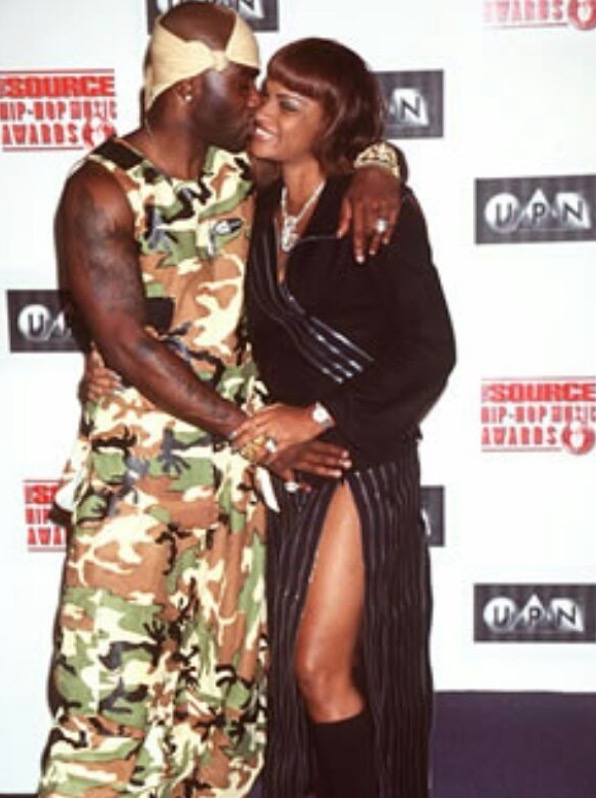 It’s been nearly two decades since the divorce of Naughty By Nature’s Treach and Pepa of the original rap femcee trio Salt-N-Pepa. But it appears that it may just be sinking in for the hip hop veteran.

In case you’re playing catch up, in 2008, Pepa, real name Sandra Denton, released an autobiography titled Let’s Talk About Pep, in which she detailed her tumultuous relationship with the Grammy Award-winning rapper. Now, just short of a decade later, Treach is sounding off with his two cents surrounding the book — with a slew of derogatory disses.

In case you missed it, the rapper shared a #ThrowbackThursday photo of the former pair, in which he accused Pepa of fabricating lies for a pretty penny as well as denounces her mention of his children in the book.

“Somebody tell my ex-wife this old school rat your book is full of lies you press wh—,” he writes in all caps beneath a throwback photo, featuring the former lovebirds hugged up on a red carpet. “You sold your soul to a hell hole and put my kids in the middle for ratings. You know ya f—ed up right LMFAO.”

Only, he didn’t stop there. In a follow-up post, the “Hip Hip Hooray” rapper accused Pep of attempting to turn his children against him, and of having sexual relationships with young men in the industry. It is not clear what prompted the rants.

“In ya mid-50s trying to sneak my underage daughter in clubs on camera!,” he continued in a now-deleted tweet, alleging Pepa would go clubbing with their 18-year-old daughter, Egypt Criss. “OMG, you started watch me finish! Face and skin like Michael Jackson, heart and a** flat as pizza bread! LMFAO still f**king industry n****s younger than your children!”

Meanwhile, Pepa has yet to respond to her ex-husband’s accusations. What are your thoughts on what could have sparked Treach’s random rant? Sound off in the comment section below.