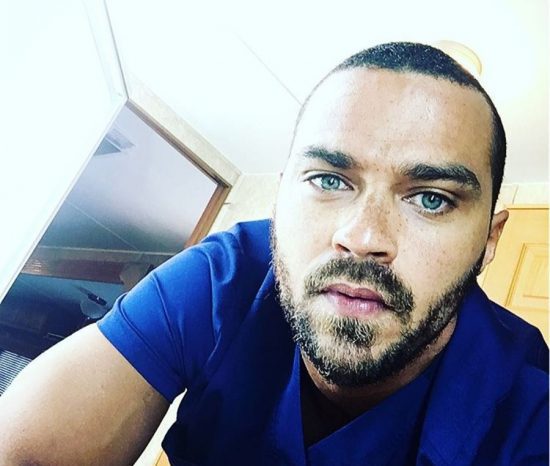 Another Hollywood couple reportedly bites the dust, for good.

Sources close to Jesse Williams tell TMZ, that Williams and his wife, Aryn Drake-Lee, have been co-parenting their two young children for months since officially separating. Not only that, but the ““Grey’s Anatomy” star, 35, moved out of the family home several weeks ago.

Meanwhile, several outlets indicate Williams is maintaining his relationship with his children — seeing them several times a week as well as comes and goes as he pleases from the home the couple once shared.

As for what caused the split. “friends” close to the pair tell Page Six that the divorce is due to Williams’ desire “to be the hot single guy in Hollywood.”

Though the pair wed in 2012, they’ve been together for 13 years. During Williams’ rise to fame, Drake-Lee, who works in real estate was the main breadwinner, sources allege. That is until Williams landed his hit role on the medical drama in 2009.

“She poured money into this relationship and sacrificed her life for him, and now he wants to go out and be the hot single Hollywood guy. Jesse wants to … do whatever he thinks will make him a bigger star. He’s drinking his own Kool-Aid and it’s ‘the Jesse show.’ He’s dead f – – king wrong. He did not respect those vows. He wants to be single,” the source continued, blaming fame for the fallout.

And while reports have since linked Williams to Derek Jeter’s ex, Minka Kelly, who he was photographed with in France, another source close to Williams insists, “They’re working on a video game with quite a few other people,” Page Six reports.

As previously reported, Williams is seeking joint custody of their 3-year-old and 1-year-old. Meanwhile, Drake-Lee has not yet filed a response to the divorce.