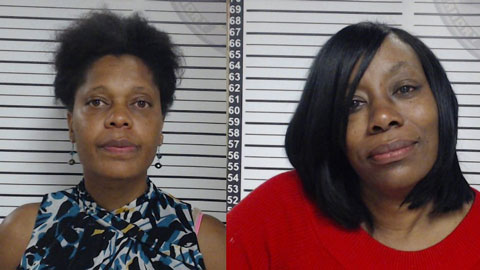 Bullying in schools has reached an unacceptable level, most agree. Childhood is hard enough when peers bully other students, but two teachers in Washington, Louisiana have taken it to another level. Police have charged and arrested Tracy Gallow, 50, and Ann Marie Shelvin, 44, after reports were received of the teachers engaging in a pattern of behavior that may have a lasting impact on the psyche of young children under their care. The incident occurred at Washington Elementary School and reportedly had been going on since October 2016.

In February of this year, an upset parent reported to police that her 11-year-old child was being bullied at school by Shelvin. At the time of her complaint, she was told to report the incident to the St. Landry School Board. The unidentified mother made her complaint but the bullying continued and got worse.

It finally came to a head when the mother returned to the police and alleged that the teacher was forcing students to fight one another. At least three students were told that if they did not fight each other, Shelvin would not help them with class work and they would fail 7th grade. Shelvin told one of the students who complained to “Go kill yourself.”

Detectives came to the school and interviewed the teachers and the students involved and uncovered a systemic pattern of verbal and physical abuse. One student admitted that she was told to start a fight that sent a group of students to the principal’s office. She informed the principal of what happened, which resulted in Shelvin being escorted off school property by police. Gallow was then assigned to take over the class, but the bullying did not stop. The bullied student reported that Gallow was mad at her for reporting the abuse to the principal and began pulling, pushing and yelling at the student. The child once again reported the abuse to her mother and detectives returned to the school and reviewed security camera footage which showed Gallow on two occasions pushing the juvenile student on the school bleachers, stopping her from exiting the gym. When confronted by the evidence, Gallow admitted to the abuse.

As a result, Gallow has been booked with malfeasance in office, simple battery, intimidation and interference in school operation. Shelvin was charged with two counts of encouraging or contributing to child delinquency, one count malfeasance in office and two counts intimidation and interference in the operation of schools. Sheriff Bobby Guidroz stated to media, “Students should not have to attend school and be bullied especially by teachers that are there for their education, guidance, and safety.  The parents did the right thing, they reported it to the school board, and continued to monitor and talk to their children. The bullying continued and they took the next step by contacting law enforcement again.”

St. Landry School Superintendent Patrick Jenkins issued the following statement about the incident:
“The St. Landry Parish School System (SLPSS) is aware of and investigating the recent allegations involving an employee from Washington Elementary School. We want to assure the school community that we take reports of this nature very seriously and will do everything in our power to protect the health, safety, and welfare of all students. Due to student privacy laws, SLPSS will not provide details regarding the student involved. There will be no further comment on the ongoing personnel investigation.”