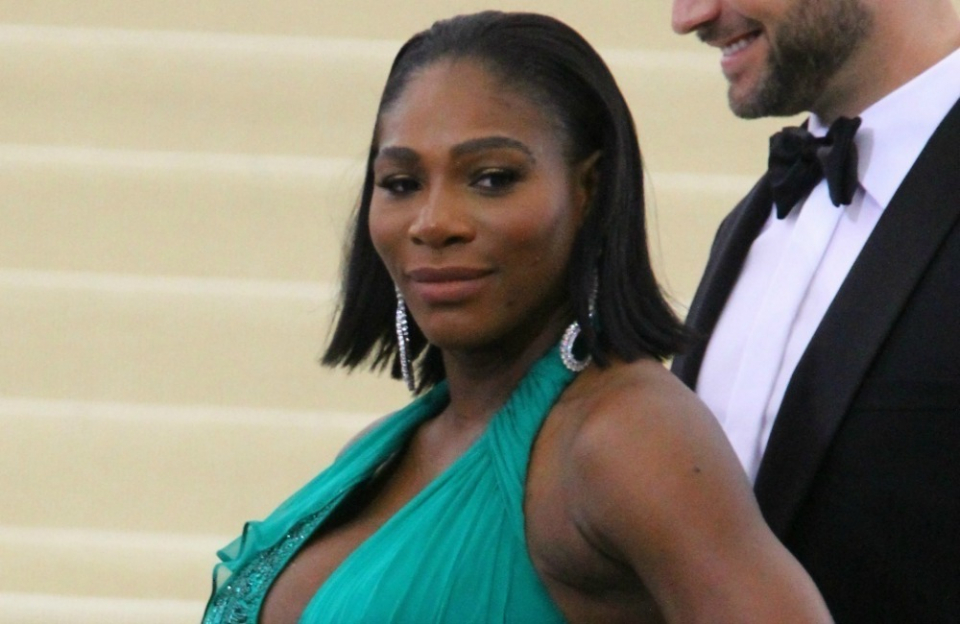 Serena Williams has said she and her fiancé Alexis Ohanian are “waiting” to find out the sex of their baby as they want it to be a surprise.

The 35-year-old tennis champion is expecting her first child with her fiancé Alexis Ohanian, but the pair is in no rush to find out whether they’re having a boy or a girl, as they want it to be a “surprise.”

When asked by André Leon Talley — a contributing editor at Vogue magazine — at the Met Gala on Monday, May 1, 2017, about whether she knew the sex of the baby, Serena said: “We’re waiting. [It’s] a surprise. We call it ‘baby.’ ”

The professional tennis player also told Talley they aren’t panicking just yet as they “have time” to prepare themselves before the baby is born.

During the star-studded bash, onlookers said the pair — who got engaged in December — seemed to be “having a good time.”

One source told E! News: “[Alexis] was being very attentive, making sure [Serena] was comfortable, having a good time. You could tell the fashion world is very new to him and she seemed excited to be introducing him to it.”

Meanwhile, Serena — who defeated her sister Venus to be crowned the winner of the Australian Open in January — recently revealed her pregnancy announcement was an accident.

The star told the world the exciting news when she shared a photo of herself on Snapchat with the caption “20 weeks,” but said she meant to keep the snap for later use, rather than publishing it for all to see.

“Well, actually it was an accident,” she said. I was on vacation just taking some time for myself and I have this thing where I’ve been checking my status and taking pictures every week to see how far along I’m going.

“I didn’t tell a lot of people to be quite honest and I’d been saving it. And you know how social media is when you press the wrong button … and [there it was].”