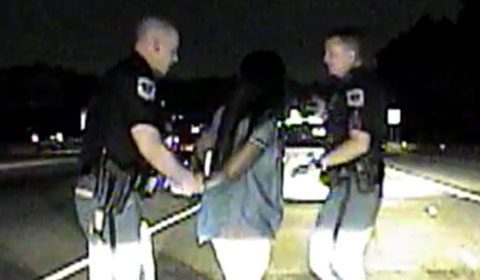 The state of Georgia now uses at least 250 law enforcement officers designated as Drug Recognition Experts (DRE). Getting this type of designation entails the officer goes through a one-month training process. At the end of the training, the officer is certified to tell by observation alone if a driver is under the influence of a drug and also the type of suspected drug. There are seven categories of drugs that the officer is able to identify under DRE evaluation. These categories are:

But in a number of traffic stops, sober drivers are being pulled over for minor traffic violations that have resulted in arrests for suspected DUI. One Cobb County police officer stands out with DUI arrests, Officer T.T. Carroll. He is part of the Cobb County DUI Task Force, which has a reputation for aggressive enforcement of DUI infractions. But in at least three cases, Carroll made DUI drug arrests in which the drivers were accused of being under the influence of cannabis. Even though there was no smell of cannabis no drugs found and the drivers denied they even used the drug, Ofc. Caroll, because of his DRE training, determined that cannabis use was indicated based solely on visual observation. It was later determined that Ofc. Carroll failed to do the full DRE evaluation after the arrest, ignoring the standing protocol. Follow-up procedures include recording pulse rates, eye dilation and muscle tone are among the 12 steps.

Drivers found themselves handcuffed and booked into the Cobb County jail facing a multitude of charges related to their arrest. This affected the person’s work life, family life and gave them a possible criminal record based on Carol’s visual observation. However, when blood and urine toxicology reports came back for those arrested it turned out there was no cannabis or other illegal drugs in their system. One woman was even pressured by her lawyer to take a plea deal, which she refused because she insisted that she was innocent of all charges. In those three cases, the Cobb County prosecuting attorneys decided to drop all charges. However, that does little to alleviate the damage that was done to these people’s lives. Ofc. Carroll has been credited with 60 DUI arrests in 2016 alone and was recently promoted.